A new photo of Priyanka Chopra Jonas and her singer-husband Nick Jonas has appeared online. PeeCee is dressed in a stunning red ensemble. In a red embroidered jacket, Priyanka Chopra looks absolutely breathtaking. The image of Goddess Kali on the back of the jacket drew our attention. She wore a red skirt with her stylish jacket.

Her jeweled jacket was adorned with red roses and elaborate decoration, as well as a tiny figure that seems to be Lord Krishna, but we’re not sure. Hindu deities in India have a rich and diverse iconography and mythology. Each god has a distinct significance and function in worship. Kali is a Hindu goddess who is said to fight for justice and eradicate evil and egoism, while Lord Krishna represents kindness, tenderness, and devotion. 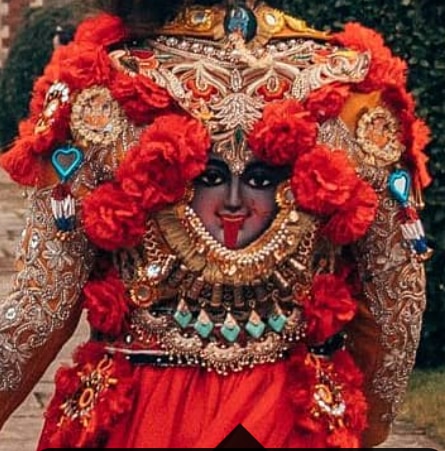 Priyanka is seen walking hand-in-hand with her husband Nick Jonas in the picture. She wore red stockings and bright heels to complete her ensemble. Using mythological or religious characters on clothing has been criticized by some over the years; however, painting has no formula, and each artist approaches it differently.

On the professional front, Priyanka will next be seen in Amazon Studios’ forthcoming suspense series Citadel, alongside British star Richard Madden.