In today’s modern world, becoming famous on internet, or among netizens depends on how good of a meme material are you. We have seen tons of celebrities and ordinary people leading the limelight overnight by their one action and a huge credit goes to the meme pages. However, there’s no denying that memes ease the pain in our lives a little bit. Well, recently, the adorable couple, Priyanka and Nick Jonas seem to have become an inspiration for meme pages.

On August 12, 2020, Bollywood actress, Priyanka Chopra Jonas had taken to her Instagram handle and had posted an adorable picture of her with hubby, Nick Jonas. In the picture, we could see Nick doing push-ups, while Priyanka could be seen sitting on his back with a cutesy smile on her face. She captioned the picture as “Push ups are my favourite exercise @nickjonas”

Though a few celebrities found it funny and they expressed the same in the comment section, netizens found it out the world hilarious, and had given it a perfect meme makeover from Hera Pheri to Gangs of Wasseypur. They also took a very important reference from the movie ‘Welcome’, the painting made by the character ‘Majnu’ (played by Anil Kapoor) 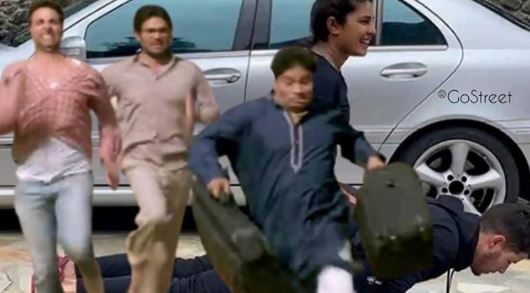 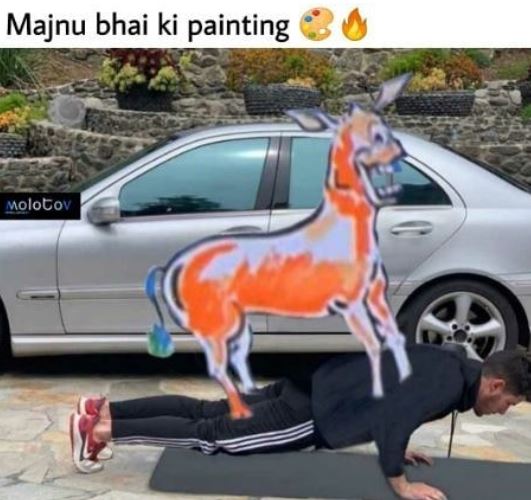 It was in the year 2016 when Nick Jonas had sent a direct message to Priyanka Chopra on Twitter, and she had asked him to send her a text instead, and the duo had exchanged numbers. After that, for all we know is, they fell madly in love with each other, and then on 1st December, 2018, the couple vowed to be each other’s forever. Priyanka and Nick’s love story gives out a hint of modern day love and how it works. But, no matter what, love is an eternal feeling that never changes, it only becomes stronger with time, and this adorable couple is just the example for that.