Falling in love with your soulmate, getting engaged, taking the vows, it’s a beautiful journey that everyone wishes to go through. But, the real journey of togetherness starts after that. A married couple goes through a lot of changes, one of which is as an individual they have to start sharing their bedroom with.

That’s the reason we can always get some or other bedroom secret out from a married individual about their spouse. Having someone enter your personal space is not easy to deal with, but when it’s with someone you love, it becomes a fun process. And now, global star Priyanka Chopra Jonas has revealed some bedroom secrets from her marriage. 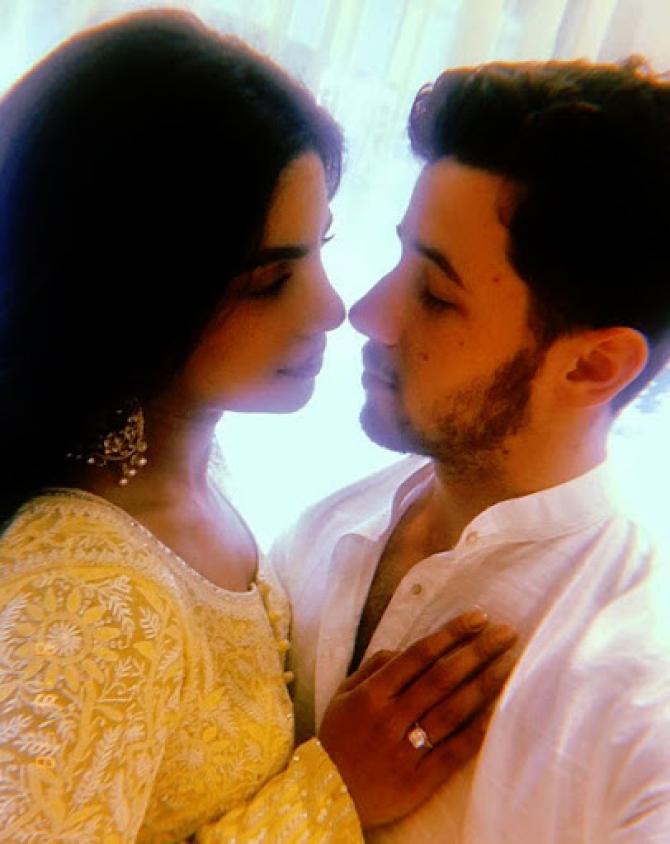 Priyanka Chopra and Nick Jonas are celebrating their second wedding anniversary. And a throwback interview of Priyanka has surfaced where she was asked about an annoying bedroom habit of Nick. And that’s when the actress revealed that Nick likes to look at her when she wakes up.

The actress said that it’s very sweet but very annoying as well. Priyanka said that she feels like getting up and putting on some mascara at least. But, she’s lying there in a sleepy face and Nick finds it peaceful and beautiful. She said, “He’s like ‘Let me stare at you, you aren’t even conscious yet’.” Jokes apart, it was in the year 2016 when Nick Jonas had sent a direct message to Priyanka Chopra on Twitter, and she had asked him to send her a text instead. And as they exchanged numbers, their love story began.