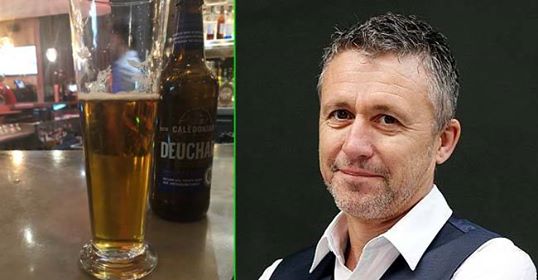 Priyanka Chopra is currently occupied in the promotions of her upcoming film The Sky Is Pink. For the same, the star cast arrived in Ahmedabad. As Durga Pooja is currently going on, the city is engulfed in the fever of Navrati. PeeCee took the opportunity to play dandiya with her co-stars from the film.

In a viral video that surfaced on the internet, Priyanka can be seen having a gala time with Rohit Saraf in Ahmedabad. Check out the video below:

The diva was dressed in a stunning black salwar suit during the event and Rohit was twinning with the actress in black ethnic attire. Priyanka also shared snaps of her time in the city, in one of the stories on Instagram, she shared feasting on authentic Gujrati food.

Coming back to the film, it is based on the real-life of motivational speaker Aisha Choudhary. The story revolves around a family where a daughter tells the coming together story of her parents.

The Sky Is Pink features Farhan Akhtar and Zaira Wasim alongside Rohit and Priyanka in key roles. For those who don’t know, this will be Zaira Wasim’s last film as she has decided to quit Bollywood. When quizzed about Zaira decision, Priyanka backed her co-actress and said that she wishes Zaira good luck in life.

The film marks Priyanka’s return to Bollywood after a span of 3 years. Recently, the film was screened at the Toronto Film Festival, where it received a standing ovation. The trailer dropped recently and it has people excited about the film.

Directed by Shonali Bose, The Sky Is Pink is produced by Ronnie Screwvala, Siddharth Roy Kapur and Priyanka herself. This is the first time, Priyanka is making her foray in Hindi film production. The film is slated to hit theatres on October 11.