Priyanka Chopra and Beau Nick Jonas left the city and headed to Jodhpur, that really sounds fishy…isn’t it?

The duo really made a lot of buzz in the B-town with their steps towards Jodhpur, but we are here to bring out the real story, so spilling the beans, the couple went there for some special purpose. The newly engaged couple took off from Mumbai but returned on the same day at evening. Later, PeeCee posted pictures on Instagram which cleared the misconception that we all had because of their Jodhpur journey.

Just after returning to Mumbai, Priyanka made sure to update her fans with the photo of Nick and her brother Siddharth Chopra, who all went to Jodhpur, not for the finalization of the wedding location but to celebrate the birthday of her BFF Tamanna Dutt’s, husband Sudeep Dutt. And the photos she shared shows that they all had so much fun and enjoyment at the birthday- bash. 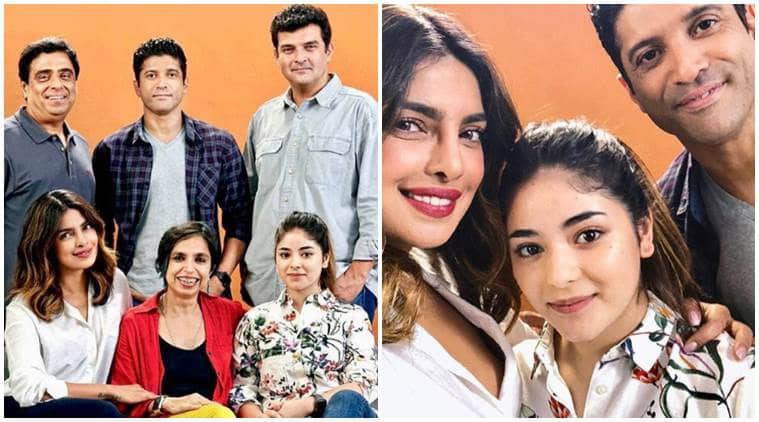 Well her fans are still waiting to see her wedding with beau Nick Jonas, they have done their Roka ceremony as per the reports coming from their family members. Parineeti Chopra also in an interview expressed her feelings towards her cousin sister Priyanka and said that she is very excited about that special day when the couple will tie up the knots.

Nick has just arrived in Mumbai a few days ago, after completing his work in Paris and recently the couple was seen at Bandra taking supper with their chums.

On the work front, Priyanka will be next seen in the movie The Sky Is Pink with Farhan Akhtar, The Sky is Pink is an upcoming Indian Hindi-language biographical drama film directed by Shonali Bose and co-produced by Siddharth Roy Kapur, Ronnie Screwvala and Chopra under the banner of RSVP films.