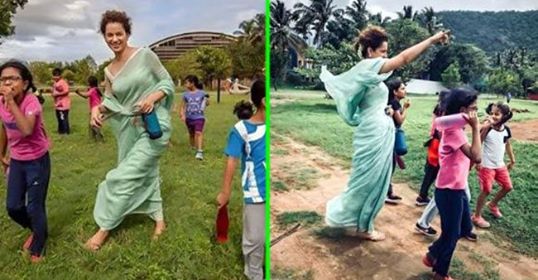 Do you know what Ranbir Kapoor, Arjun Kapoor, Apaarshakti Khurrana have in common, it’s their love for football. Ranbir owns Mumbai City FC a club in the Indian Super League, Arjun Kapoor is a well renowned Chelsea FC fan, and Apaarshakti has always been vocal about his love for sports.

That’s why whenever an opportunity presents itself, these celebs never waste a chance to kick a ball together. Recently, the likes of Ranbir Kapoor, Arjun Kapoor, and others headed over to Juhu to play a friendly match amongst themselves. All the celebs were papped making their way towards the football field.

Joining RK and Arjun were various other big-name tv and film industry celebs. For the past months, its become a tradition for these superstars to play football together and have a little fun away from work.

Starting with Ranbir himself, he has two films in the pipeline currently, the one he’s currently working is YRF’s Shamshera alongside Vaani Kapoor and Sanjay Dutt. Apart from this, he also has Ayan Mukerji’s film Brahmastra, alongside hi girlfriend Alia Bhatt scheduled to hit theatres next year.

RK was seen taking a bite from a banana as he made his way to the field. He was joined by Arjun Kapoor who decided to go all black for the game. He too is busy promoting his film Panipat, alongside Kriti Sanon and Sanjay Dutt.

Former Big Boss winner Gautam Gulati too joined the party and he looked suave in all-black attire, much like Arjun. Later on, Student of the Year 2 fame Aditya Seal also came to the field.

Television actor Karan Wahi, Apaarshakti Khurrana, and producer/actor Sachin Joshi were the last of the ones to join the football match. They all acknowledged the paps and posed for them.