Bollywood hunk Ranbir Kapoor has a huge fan following all over the world. He is the heartthrob of the nation and girls just drool over him. The actor has no official account on any of the social media platforms, but the handsome star has numerous dedicated fan pages on Twitter as well as Instagram. These incredible fan pages dole out the facts and info related to the biggie.

One of the most popular and most active fan clubs of the super star on the micro blogging site Twitter has shared a few behind-the-scenes (BTS) images of the celebrity filming for a TVC ad.

The actor’s huge makeover from how he looks in reality to become an old chap with a bald patch is unbelievable. The actor can be witnessed giving a pose with his hair and make-up professional. 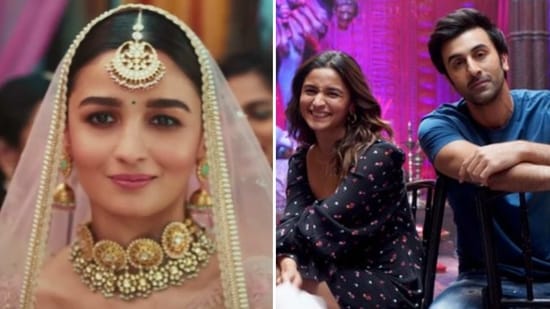 Recently, Ranbir’s ladylove Alia Bhatt turned a bride for a new ad which was for a chocolate brand. She looked spectacular in a peach-coloured lehenga that she matched with a beautiful choker, cute jhumkas and a lovely maang tika. The advertisement, which also features Pavail Gulati, sees him along with the actress performing the ‘jaimala’ ritual.

Fans were happy to witness Alia in a wedding dress and uttered their wish to see her getting married shortly, this time in reality. Alia Bhatt is in a relationship with Ranbir Kapoor, who recently acknowledged that they would have been wedded, was it not for the lockdown.

On the professional front, Ranbir has some prestigious offers in his kitty. From Brahmastra to Shamshera, the actor’s fans are eager to watch him on the big screens. Ranbir Kapoor also has a Luv Ranjan backed project along with Shraddha Kapoor. The title of the romantic movie has not been revealed up till now.