Looks like Ranveer Singh is ready to get back to work, snapped at a suburban studio

As the lockdown has eased and government has relaxed a few restrictions, slowly yet steadily the world is getting back at its pace and soon we will totally adapt the new normal. Just like any of us, Bollywood has lifted its halt and is trying to get back to where it was. A lot of stars have started standing up to their work commitments. A few have flown out of the city and few others have flown out of the country to resume their work. Amongst so many stars, looks like one of Bollywood’s most talented actor Ranveer Singh is ready to get back to work as well and has returned to the sets of his upcoming projects.

The ‘Gully Boy’ actor was snapped at a suburban studio where he went to film an advertisement dressed in a stylish casual blue outfit and face mask. Looking at the gradual start of work in the film industry, the advertisement work started for which Ranveer had been preparing for a long time. All the actors and technicians who participated in the filming used the standards set for this work and then left their homes. Everyone kept a safe distance during this time and sanitizer was also used extensively on the set. 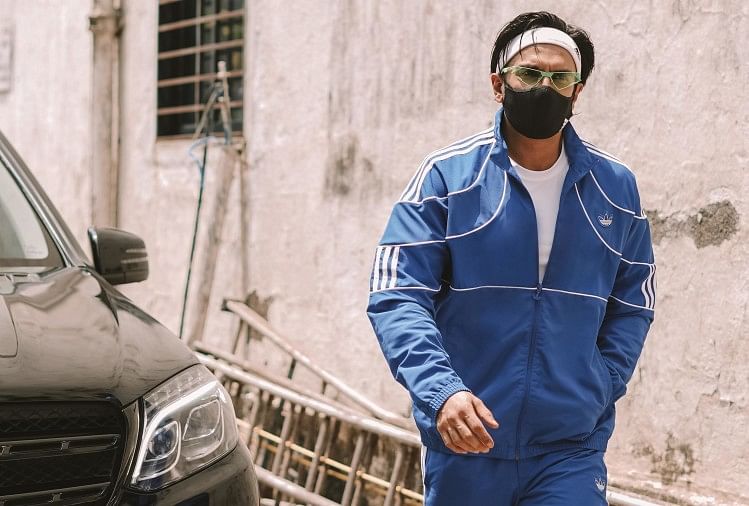 Meanwhile, his wife Deepika Padukone was recently spotted at the airport as she flew away to Goa. She is ready to film Shakun Batra’s next which also stars Ananya Pandey and Siddhant Chaturvedi in pivotal roles.

On the work front, Ranveer will soon be seen in Kabir Khan’s sports drama ’83’ with wife Deepika Padukone. Apart from that, he will also be seen making a cameo appearance in Akshay Kumar and Katrina Kaif’s ‘Sooryavanshi’. Not only that, Ranveer has also bagged a role in Karan Johar’s period drama ‘Takht’ as well.

Published by Vidhutma Singhania on 14 Sep 2020