Rashmika On Bagging ‘Goodbye’ With Big B: ‘It Sounded Too Good To Be True But I Thought It’s A Prank’

Well-known Telugu beauty Rashmika Mandanna is all set to make her foray into the Hindi film industry. The icing on the cake was her recent pan-India fame as she was seen in Badshah and Yuvan Shankar Raja’s novel music video “Top Tucker.” 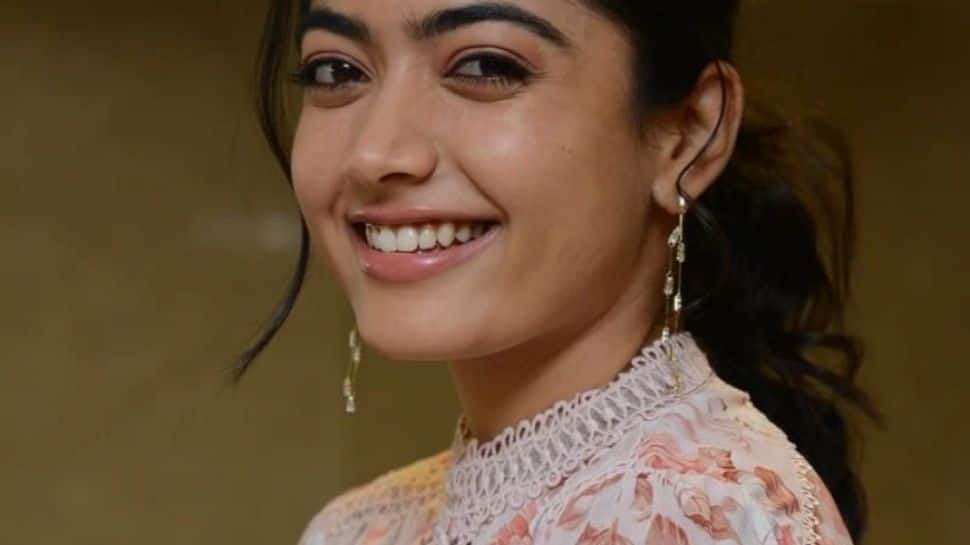 On Monday, Rashmika turned a year older but the beauty remained busy with her Bollywood project. At the moment, she is busy with Big B-starrer “Goodbye” that she bagged even before the release of her first Hindi movie “Mission Majnu.”

Rashmika, who is acknowledged for characters in Telugu megahits like “Geetha Govindam” and “Dear Comrade” amongst others, is charmed that her admirers in South made use of the term “National Crush” to define her. She prefers to underplay the adulation.

Rashmika, who shares screen space with Sidharth Malhotra in her debut movie “Mission Majnu,” said that she is aware of it but all at once she is not.

“I know that there is so much love for me out there but I am not swayed by it. I know where my roots are and I know what all this is. I am mindful of who I am a person, so it is not that I am like ‘Oh my God!, I get to be swayed away by all love, appreciation’. I am totally grounded and my team dislikes me for it, but that is the kind of person I am,” she added up.

The filming of Mission Majnu is presently going on, and the actress will wrap up her filming session by the coming week. Her next Bollyood project after “Mission Majnu” is Amitabh Bachchan starrer “Goodbye.” Rashmika posts an exciting story about the movie.

“Initially when I read the script, it was just about the script because nobody told me anything about who was going to be cast beside me! I liked the script and later I was told that, Bachchan sir would be in the film and I was like, ‘wait, come again. what?!’ It sounded too good to be true and I thought someone was playing a prank,” she remembered.

Rashmika entered the world of acting with the 2016 Kannada movie “Kirik Party” accompanied by her entry in Telugu world with “Chalo”. She recently made her mark in the Tamil industry with “Sulthan”. Rashmika believes she is a pan-India face as the language was never a problem in her mind.