Film starlet Rashmika Mandanna never fails to astonish her fans with some exciting and amusing content on her personal social media handle. South superstar actress keeps them updated with what’s going on in her professional as well as private life. Yesterday, the actress took to her Insta handle to share a fitness video recording. The hottie accepted the wild dog push-up challenge and aced it like a pro. Her video recording turned viral all over the web in no time. In the video recording, she can be witnessed performing a push-up.

Rashmika gave it the caption that can be read as, “#wilddog all the bestest to the whole [email protected] come back now.. see I posted.. now don’t be an ass and not talk to me.. @snehadesu .. see see seeeee.. we should do more of these challenges.. @karanlall_ I am still jealous of [email protected] now my love.. it’s your turn..#wilddogpushupchallange”

She also wrote a text on her video which said, “I know my form is not 100% but it’s just something you do for your friends.” 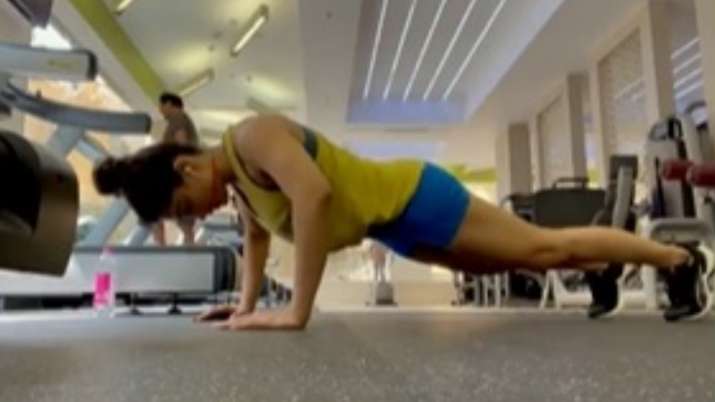 As the release of Nagarjuna Akkineni’s Wild Dog is impending, TV and film stars are showcasing their support and performing their personal versions of Wild Dog Pushup Challenge, where they are upholding the pushup position for some time.

On the work front, Rashmika is presently filming her Bollywood debut movie, Mission Majnu. The actress had also been posting images from her film on her social media platform. Mission Majnu is penned by Parveez Shaikh, Aseem Arrora and Sumit Batheja, and helmed under the banner of Shantanu Baagchi. The movie is produced by Screwvala together with Amar Butala and Garima Mehta.