Real-Life Bridal Looks Of TV Stars Like Dipika, Niti & Others Are No Less Than Style Statements Weddings are also called special or big days in everyone’s lives. Every girl has a dream to look her best and out of this world on her big day. To fulfill their dream, the brides-to-be try their best in choosing outfits, jewellery and other accessories. Today we will talk about the actresses from the TV world who have rocked in their special day avatars and the proofs are their real-life bridal looks. 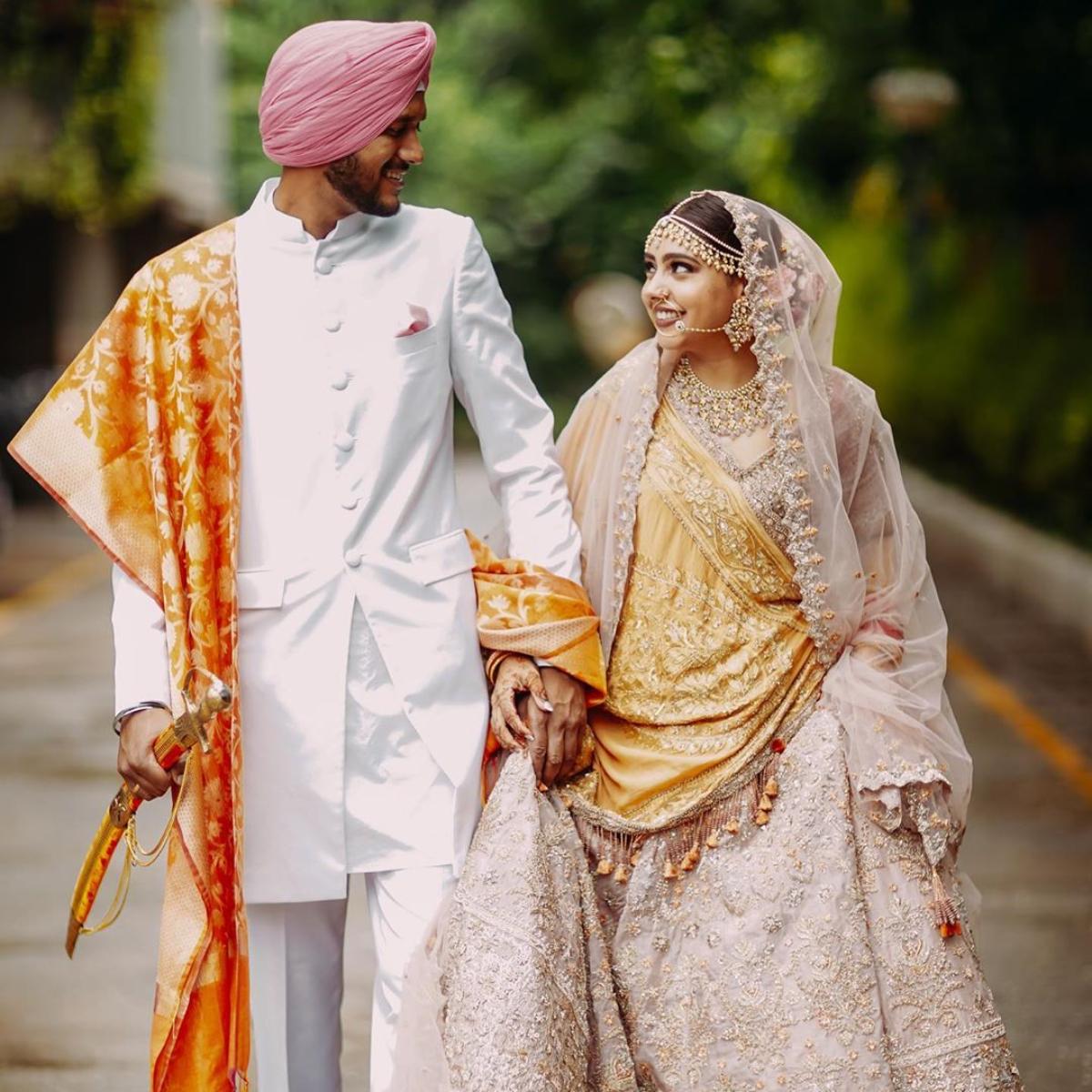 Niti Taylor – Bored of reds and maroons? Take a cue from television actress Niti Taylor, who rocked a golden lehenga on her big day. The actress looked radiant in the wedding photos. Her makeup and jewelry perfectly complemented her bridal look. 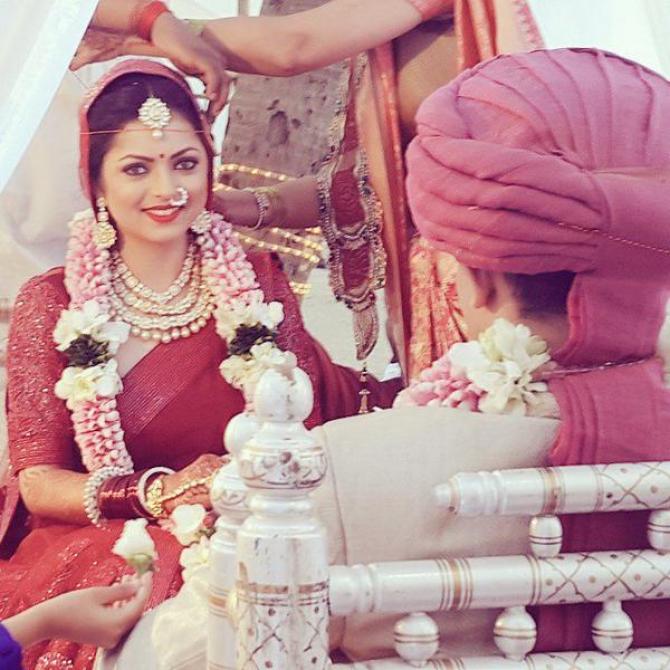 Drashti Dhami – Madhubala fame beauty got married in the year 2015. TV starlet tied the knot to Neeraj Khemka in Goa. She wore a simple and beautiful deep red saree and looked beautiful in it. 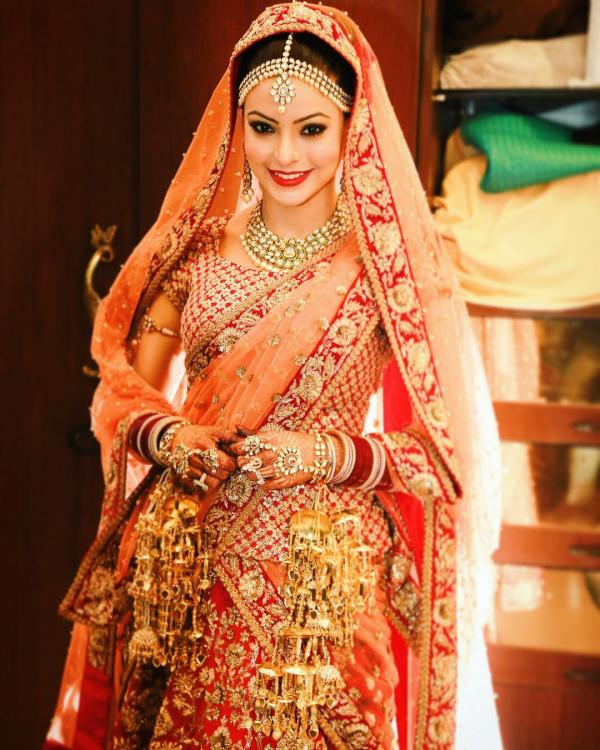 Aamna Sharif – Aamna Sharif got hitched in the year 2013. She tied the knot with Amit Kapoor. She impressed one and all with her bridal appearance. She went for a Sabyasachi creation in peach and red. 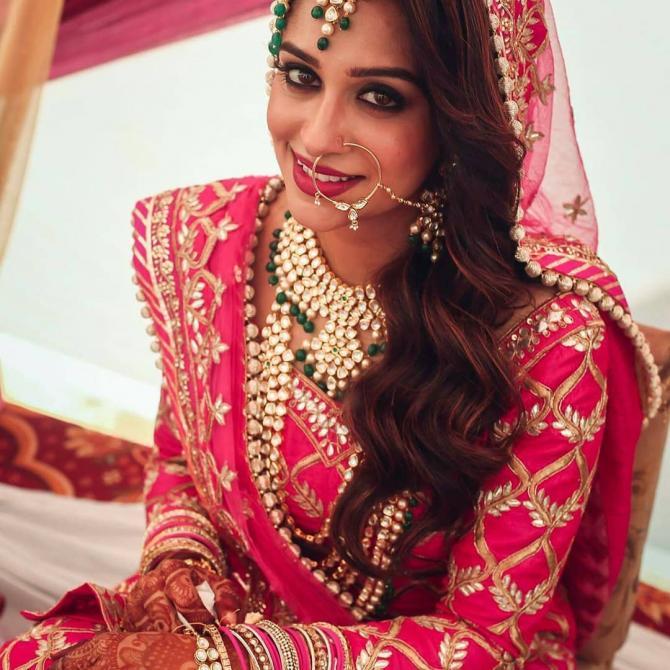 Dipika Kakar – In the year 2018, TV starlet Dipika tied the nuptial knot to Shoaib Ibrahim. The two got hitched in Madhya Pradesh. She looked beautiful in her wedding attire as she chose to put on a head-turning pink sharara set. 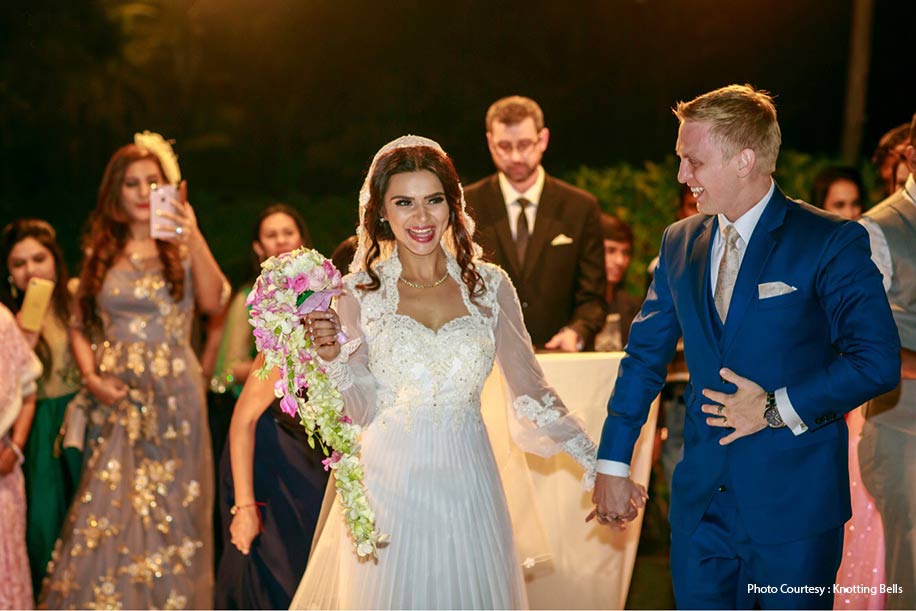 Aashka Goradia – She tied the nuptial knot in 2017. She got married to Brent Globe in two wedding ceremonies including a Hindu and a Christian wedding. She looked ethereal in both looks. In Hindu ritual, she chose to wear a red lehenga while for a Christian wedding, she chose a white attire. Suhana Khan misses her cousin Alia Chhiba, flaunts mommy’s dress in a pic with her... Vikrant Massey to celebrate Diwali in his dream house with fiancée Sheetal Thakur...