During a recent media conversation, well-known diva Divya Agarwal has made a special revelation that she has performed as a body double for none other than Bollywood beauty Katrina Kaif. Not just this, the reality TV personality was also seen as an extra in the film, Student of the Year.

While speaking to media people, she stated, “There was a coordinator, who called me looking at my pictures. At the age of 15, in Navi Mumbai I had my own dance studio and 700 students were there. We were pretty famous as dance teachers and choreographers. They told me that we can get a part in SOTY. I was shocked. When we went there, we saw that we were required as backgrounders. I was like ok let’s try this too.”

“I convinced my best friend to come with me. There I saw Alia Bhatt, Siddharth Malhotra and Varun Dhawan, observing them and I was in awe of them. I also saw Rishi Kapoor Sir and felt happy to see him work closely. I also saw Ram Kapoor Sir. I was like this is great.”

Henceforth, she also worked in some movies and then talked about her experience of working as Katz’s body-double. Divya said that working at the back of the camera was always exciting for her and she loves cinema. She played as Katrina’s body-double in perfume and soap commercial as her height and body were similar to her. 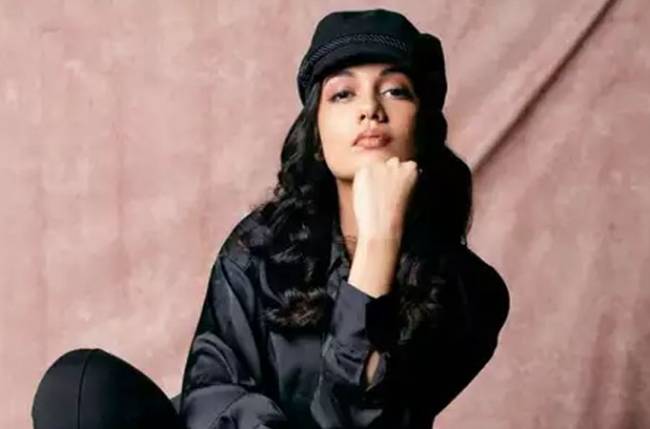 When questioned if she talked with Bharat starlet, Divya responded that no, Katrina is a completely different personality on the sets. After finishing her work, she straightly goes to her vanity.

“She wouldn’t chit-chat and be in her zone. There are many actors I know who are not talkative. If I enter a set, I am all over the place and be in my zone once camera is on. But it was nice, same height, same body, bada maza aata tha.”