Rishi Kapoor has a wow moment with Robert De Niro, shares a picture on Twitter 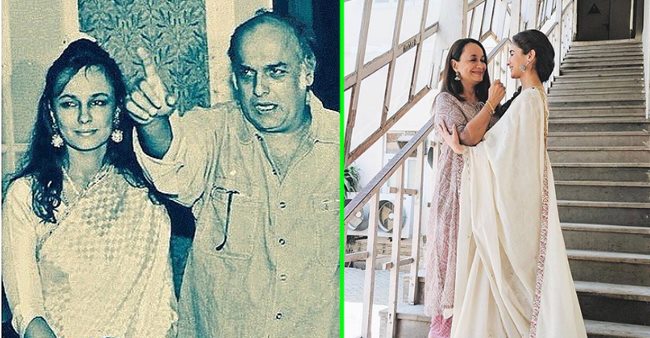 Rishi Kapoor and his entire family are in New York right now. Rishi Kapoor is undergoing his treatment for his ailment. The actor has been updating his fans, followers, and well-wishers on his health and helping all of them to relief. In recent, the Bollywood actor shared a picture of him doing well and made an appearance of his good health. His last shared social media picture was with a Hollywood actor and also Academy Award winner Robert De Niro. In the picture, you can spot Ranbir Kapoor and Rishi Kapoor with Rober De Niro. Apparently, it was an impromptu meet.

Wow moment. Impromptu meeting with Robert De Nero on 65th and 3rd. He knew Ranbir coz he had met him and Anupam and said come over with Kher for a drink! Simplicity and super stardom. I realized I have been such a bloody brat. Cannot get over his demeanor. Thank you Bob ! pic.twitter.com/gzdhQDawBO

“Wow, moment. Impromptu meeting with Robert De Nero on 65th and 3rd. He knew Ranbir coz he had met him and Anupam and said come over with Kher for a drink! Simplicity and superstardom. I realized I have been such a bloody brat. Cannot get over his demeanour. Thank you, Bob!” said his tweet.

Rishi Kapoor is making most of his time with his family as of now. He was seen spending time with Alia Bhatt who is also rumored to be his daughter-in-law. There are pictures of them going viral on the social media where we find them to be a one big and happy family.

The rumors on Alia Bhatt and Ranbir Kapoor being together have been spread like a wildfire. Both the stars are seeing each other for quite some time now. We have seen Alia Bhatt sharing cute pictures of or with Ranbir Kapoor on her official Instagram handle @aliaabhatt. She also made a beautiful birthday post for Ranbir Kapoor on his birthday and called him Sunshine.