When you love someone, you celebrate their achievements as their own. Their victories become yours and their failures become yours too. That’s what Rocky Jaiswal and Hina Khan always display as one of the cutest celebrity couples we know. Rocky never misses an opportunity to appreciate Hina. He celebrates each and every achievement of her and sometimes more than her.

Time and again we have seen Rocky shower his love on lady love Hina. Their PDA pictures on their social media handles have been giving us couple goals for a long time now and their cuteness cannot be ignored. Something similar happened when Hina became the Times Most Desirable Woman of TV 2019 for the second consecutive time in a row.

As Hina Khan became the Times Most Desirable Woman of TV 2019, she couldn’t contain her happiness and excitement over the news. But, who was even more excited and happy than Hina was her beau, Rocky. A proud boyfriend, Rocky shared a post of his girlfriend being on the cover of various Times issues and mentioned that she is his forever most desired.

Rocky shared the post on his Instagram story and wrote, “Will be the most desired for me.. forever.. @realhinakhan.” on top of it. Hina shared the same story on her Instagram and wrote “Awwwww love u my Rock” on top of it as a reply to her beau. 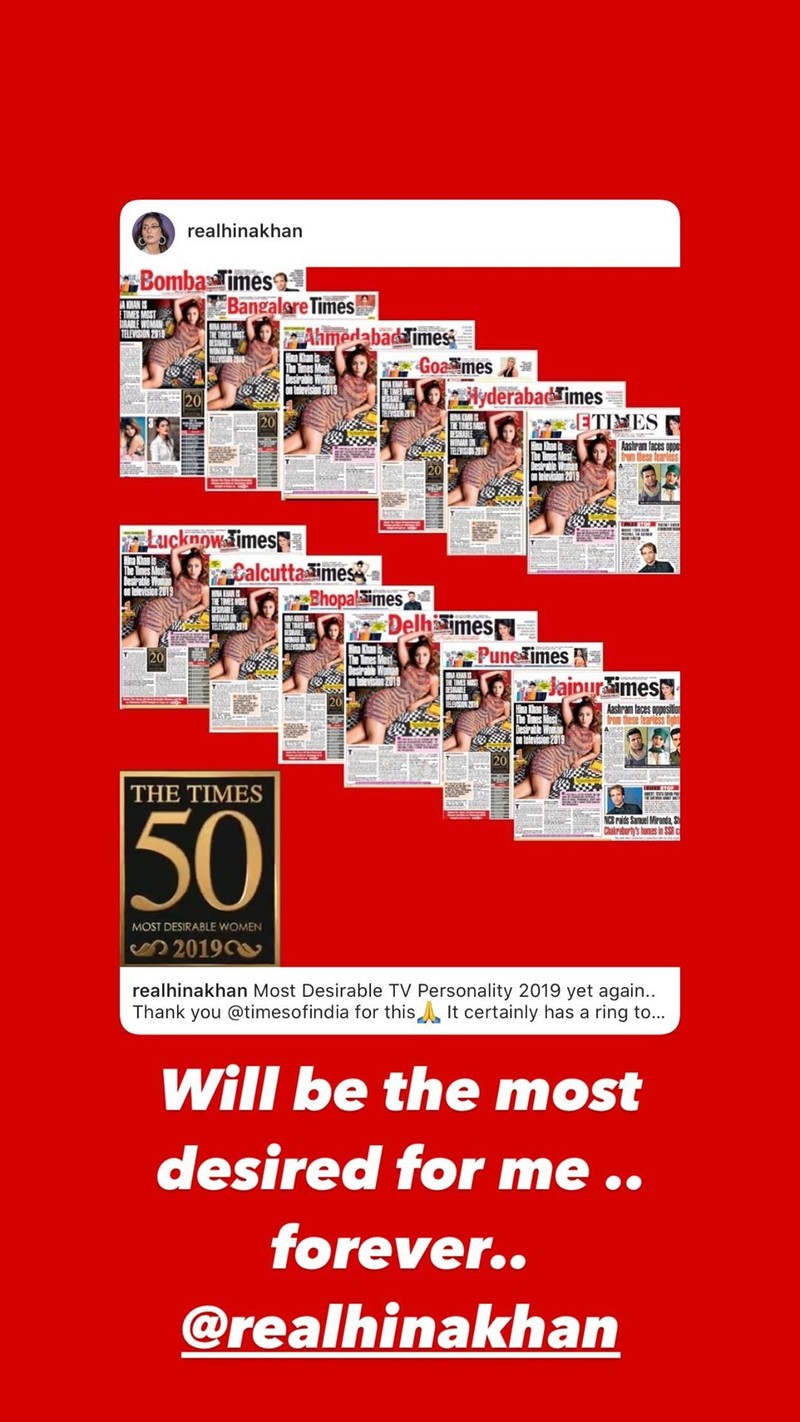 Hina also posted the picture on her Instgaram handle saying how much she appreciates this and how excited she is to achieve it second time in the consecutive year.

Meanwhile on the work front, Hina Khan was last seen in the supernatural series of television, Ekta Kapoor’s Naagin 5 for a cameo role. Even though she appeared in the initial episodes, she won everyone’s heart with her appearance. In fact, the episode became most watched episode that week.

Published by Vidhutma Singhania on 07 Sep 2020