Saif Ali Khan opens up about moving to Pataudi Palace, says ‘My whole life is in Mumbai’ Recently, the news of Saif Ali Khan and family moving to Pataudi Palace has been making its way to the headlines. The actor has come back from a little vacation he spent in the Palace with wife Kareena Kapoor and son Taimur. The reports have been suggesting that actor might move to the Pataudi Palace in Haryana and leave the city of dreams.

Saif Ali Khan was questioned about the same in an interview recently and he has cleared the air around all the speculations. In the conversation, Saif opened up and said that there are no plans to move out of Mumbai right now. 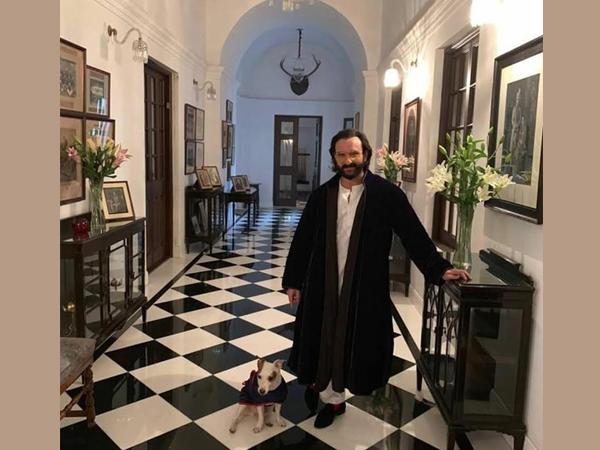 The actor said that he loves this city and it has given him everything. He said that he also loves being in Pataudi which is the most relaxing and beautiful place in this world. Maybe, when he is older, he might spend more time there. But not in the near future, at this time his work and whole life is in Mumbai.

Saif said that Mumbai is where his heart and home are. He said that the best and most artistic film minds are gathered here and this truly is the city of dreams. Saif said that it is the office of his ambitions. His kids, Taimur’s school, his sisters, and his whole world is here. In another interview, Saif has been quoted saying that he could look at Pataudi as his prospective residence.

Meanwhile, Saif is ready to experience fatherhood for the fourth time as Kareena and him are expecting their second child. The whole social media was taken off guard when the couple made the announcement by releasing a joint statement. About becoming a father again, Saif had said that he ‘can’t wait’. Well, fans are eager too to have a glimpse of Taimur’s sibling as soon as he/she enters the world.