Saif Ali Khan will be back on the big screens soon with his upcoming movie Baazaar which is based on the stock market graph. The movie is produced by Nikkhil Advani. The makers of the film are planning to have a grand trailer launch. The film also features Radhika Apte, Chitrangda Singh and debutante Rohan Mehra apart from Saif.

The trailer launch of the film will be done at the Bombay Stock Exchange (BSE) on September 25, 2018.

Image Source
Baazaar will be the first ever Bollywood film which will have a trailer launch at Bombay Stock Exchange. The entire team is really excited about it and they are all going to be present for the same.
As per the reports, Baazaar is inspired by the 2013 film The Wolf of Wall Street, though, the makers have refused any such speculations. Talking about Saif’s look, the Nawab has sported a bearded look which adds an oomph factor making it irresistible. 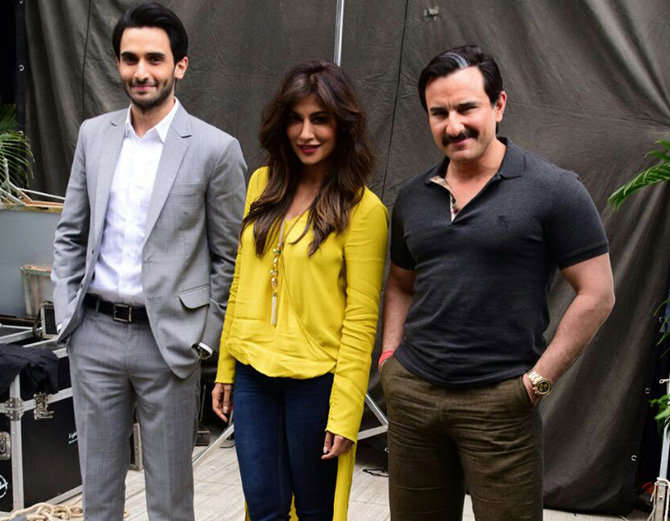 Image Source
Lately, Saif has become quite choosy and also pretty experimental about picking up his projects. The actor says that he wants to do projects which give him creative satisfaction.
Saif was last seen in Netflix’s Sacred Games where he played the role of a cop Sartaj Singh and recevied accolades for his terrific performance. The actor is all set to be seen yet again the show’s second season and fans are pretty excited for it. 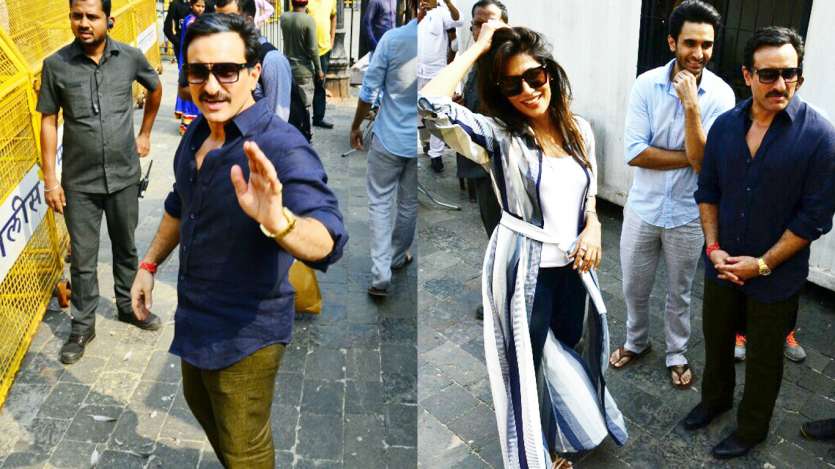 Image Source
Netflix recently announced the show’s second season is all set to hit the web soon. They also released the logo teaser thereby creating further curiosity.
Apart from his busy work commitments, Saif is often seen spending quality time with his little munchkin Taimur. The actor recently went on a family vacay with his wife Kareena, Taimur and his sister Soha Ali Khan and brother-in-law Kunal Kemmu. The entire family had a gala time in Maldives.