Sajid Khan: “I feel Wajid’s presence all the time,” remember his late partner

Last year, when composer Wajid (of the Sajid-Wajid duo) died as a result of COVID-19 complications, it was more than a personal tragedy for his brother, Sajid. Wajid’s untimely death has cast a pall on Sajid’s musical career in the industry. Yet his faith in his late brother as a guiding light gave him the courage to keep moving forward. Sajid has composed two songs and sung one of them in Salman Khan’s film, Radhe: Your Most Wanted Bhai.

He says, “Many people doubted my ability to carry the legacy forward after Wajid’s death. There was a phase when even I felt that it was all over. I was confused and scared about the future. However, I realized that I can’t afford to slip as we had achieved success after a lot of hard work. The first step was to regain Salman bhai’s confidence, as we have had a long association with him.” He added, “Yes, I was apprehensive about my capabilities, but I feel Wajid’s presence all the time. He has made me more powerful than I ever was. Now, I am alone and lethal. I have become more passionate about my work.” 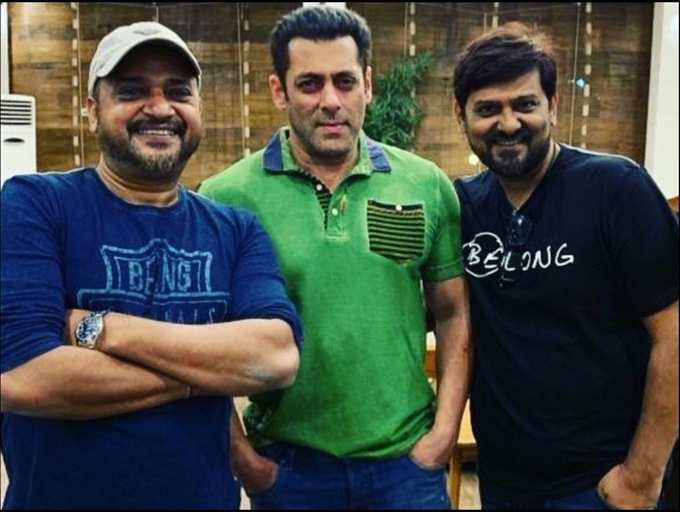 Out of the two songs, one of them was written by him for the title track. This being his first film as a solo composer, he mentioned that in exchange for Wajid, God gifted this skill to him and now he will be composing an album. Talking about the duo, he said that “Wajid was more into melody, while my USP has been the rhythm and arrangement of a song. Lekin aaj mujhse kuchh aisa kaam nikal jaata hain, which surprises me as well.”

Sajid also said that Salman Khan was impressed with him and therefore has offered him a song in his other film ‘Antim.’ This shocked Sajid since he never liked his own voice and it was his brother who gave him the power to do so.