Bollywood hunk Salman Khan would like his alleged lady love, Iulia Vantur, to get complete knowledge about the language of Urdu. This fact got revealed by Bigg Boss 14 contender Arshi Khan.

Arshi Khan met Iulia Vantur at a get-together that took place after the finale of Bigg Boss 14. Arshi, who was also seen in Bigg Boss 11 as a contender, had several disagreements with the host of the show Salman. Arshi is also recognized for talking in ‘shudh Urdu tone’ during most of her interactions with the actor. While Salman may have told her to stay away from him, the dashing hunk was really impressed with her Urdu.

Arshi shared the story with the media people about their interaction during Bigg Boss 14 after-bash. The bold actress said, “When we were partying in the chalet, Salman sir introduced me to Iulia and while introducing, he told her, ‘Ye Arshi hai aur inki Urdu bahut acchi hai. Iulia main chahta hoon tum bhi Urdu sikho (This is Arshi and she speaks Urdu very well. Iulia, I would like you to also learn Urdu)’. It’s a beautiful language to learn. Although he also pulled my leg as he used to do on Weekend Ka Vaar, I was very happy to learn that he likes my Urdu.” 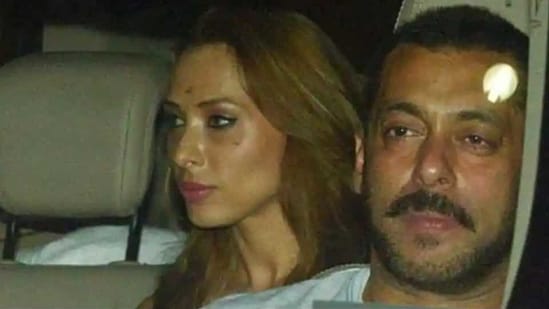 She added that Salman also laughed at Arshi’s dress at the bash. The golden outfit, inspired by a dress put on by Lady Gaga at the 2020 MTV VMAs, was defined by the host as ‘Bigg Boss ka sofa’.

Arshi stated that she will currently concentrate on acting projects, in place of events. “After Bigg Boss 11, I did not focus much on acting but only on events, for two years continuously. This time around, I will concentrate on acting, whether it is TV shows, films or something down South. I will do two or three projects, but big ones,” she said.