Salman Khan made his presence on the Indian-Idol show in this week, along with the star cast of Loveyatri including Aayush Sharma and Warina Hussain. The upcoming movie is under the production house of Salman Khan Films where his sister Arpita’s hubby Aayush Sharma will be seen in a lead role. The cast appeared on the show for the promotion of movie Loveyatri and appreciated the whole Indian-Idol team for providing such a great platform to the youngsters.

In this week of Double Dhamaka where Salman will be seen in Bigg-Boss 12 as well as in Indian Idol 10 is a delight to the audience as the entertainment is going to be raised up high with his appearance in two shows one in Colors and another one in Sony. 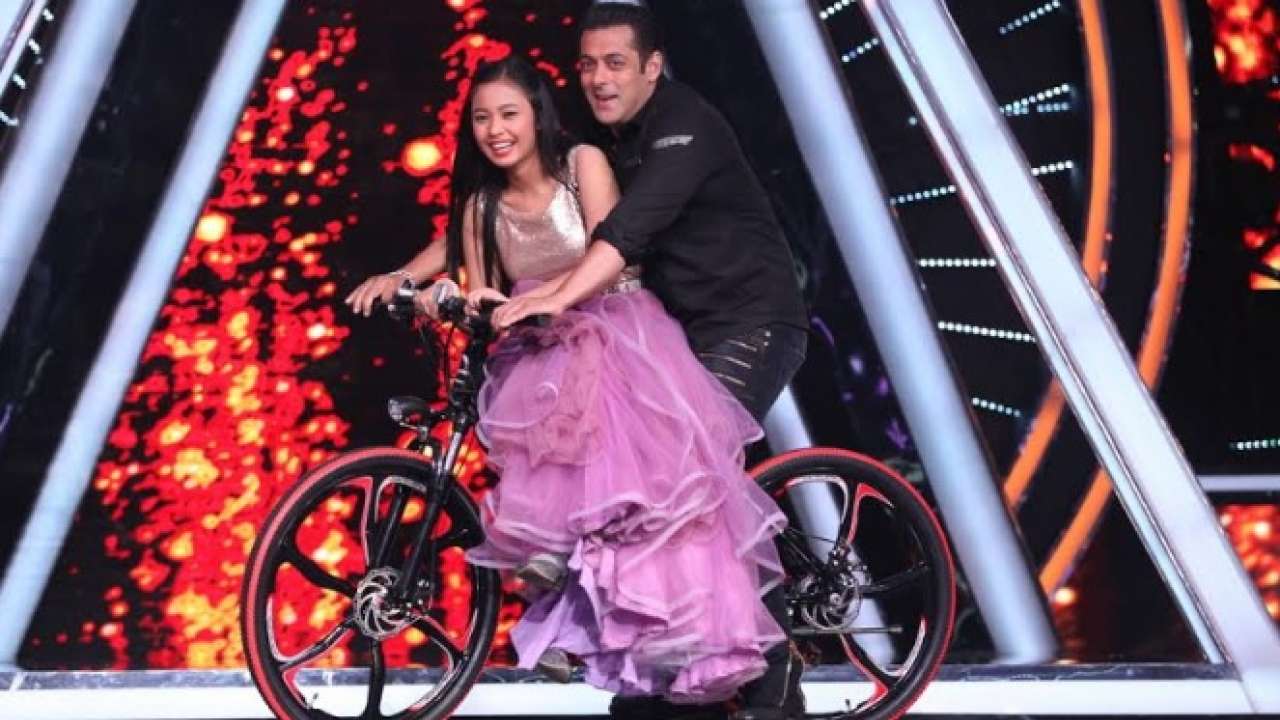 Indian-Idol 10 contestants sung super-hit tracks from Salman’s movie and all the performers really gave their best to win Salman’s heart. But eventually it was the performance of the youngest contestant of the show, Neelajana Ray, that won the heart. Yes, sweet Neelajana sang to the beautiful song Bahut Pyaar Karte Hain and with her performance Salman was mesmerized and finally decided to give a ride to her on the bicycle.

The girl became very excited and expressed her inner thoughts saying that “It was one of the best moments of my life till date! I was very nervous before singing in front of Salman Sir, but he made us all feel so comfortable and relaxed with his charm. The way he performed with all of us contestants made all of us happy. It was my wish to meet Salman Khan one day and today I got this opportunity because of Indian Idol 10 and to get a bicycle ride with him. That was absolutely unbelievable.”

Salman has made the audience thrilled with his cycle rides earlier also, we have seen in Bigg-Boss. He has made so many rides of circle with his bicycle in the show and some of his pictures are below and you can check them out!