Published by Vidhutma Singhania on 19 Nov 2020

Salman Khan’s house is full of celebration as his sister and brother-in-law, Arpita and Ayush, are celebrating six years of marital bliss. Also, his parents, Salim and Salma Khan, have their wedding anniversary on the same day. It was in the morning of November 18, 2020 when Arpita and Ayush started sharing sweet messages for each other on their social media handles.

As Ayush Sharma is filming for his upcoming project, the duo won’t be able to celebrate the day together. Now, co-incidentally, Salma and Salim Khan are celebrating 56 years of togetherness on the same day with their family. It was on November 18, 1964 when Salim Khan and Salma Khan tied the knot and have given true couple goals ever since. 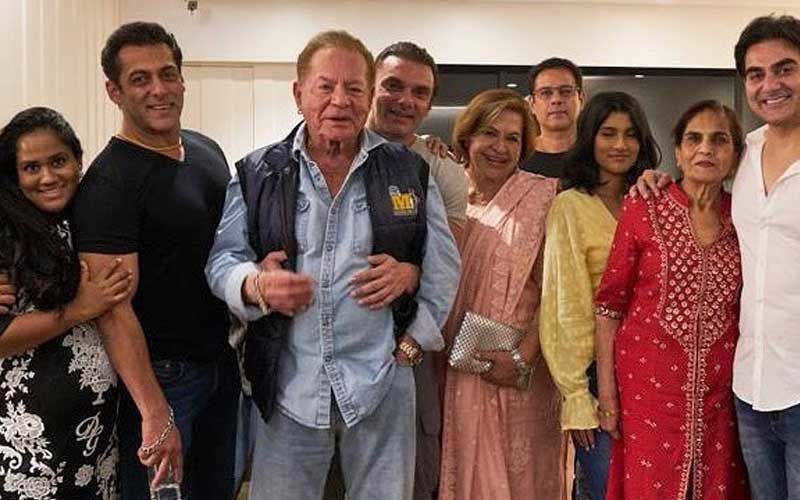 On this special day, Salman Khan’s stylist Ashley Rebello took to Instagram stories and wished the couple. Ashley shared the cutest throwback snap of the couple with their kids.

In the monochromatic picture, we can see the filmmaker Salim Khan holding baby Salman Khan, while Salma Khan holds their other son. As the stylist wished the gorgeous couple, he wrote “Happy Anniversary Salma Aunty and Salim uncle” alongside the picture. Both of them looked absolutely young and fresh and there is no way someone could take their eyes off the picture. On the other hand, as Arpita wished her hubby on completing six graceful years of togetherness, her post took over Instagram. She had shared an array of pictures with hubby Ayush which were simply adorable to look at. Although it was the caption that grabbed all the attention.

Meanwhile, on the work front, Salman Khan recently wrapped up filming for Prabhudheva’s Radhe: Your Most Wanted Bhai. The movie’s release date has been pushed over to the next year. But, the fans continue to see more and more of the actor on the show, Bigg Boss 14.