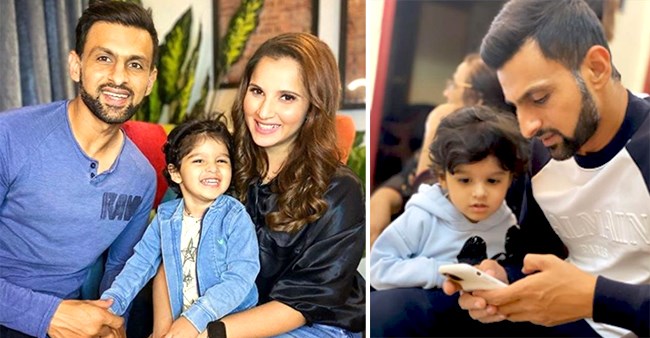 It takes a lot of hard work to become a star in any field, be it cinema or sports. But star kids of this generation, which have been taken over by the internet, can give a tough challenge to each other in popularity. From Saifeena’s son Taimur to Soha-Kunal’s daughter Inaaya, From Shahid-Mira’s daughter Misha to Sania-Shoaib’s son Izhaan, they are very popular at this very young age, due to the activities of their parents on social media. Their pictures are shared frequently by their parents, especially their moms, on social platforms. This pandemic has offered the celeb moms plenty of time to entertain and educate their kids in various ways. They have enjoyed being with their kids for such a long time. So we have got to see a lot of pictures of their artworks, birthday celebrations, festival celebrations, and trips during this period.

The social media followers of Sania Mirza already know that the ace tennis star has enjoyed a trip to Dubai with son Izhaan and husband Shoaib Malik, the Pakistani cricketer. Now, Sania has shared a very much adorable video of her little goofball where he is seen dancing a “happy dance.” The video has been shared on Izhaan’s own Instagram page. The little boy already has his own page with almost 60k followers. The reason for the happiness of the little munchkin was, however, nothing but Nutella. The caption to the video was “When there’s Nutella for breakfast. HAPPY DANCE.”

Sania had shared a video earlier on 27th September. Izhaan was seen scribbling on a blackboard in the video. The doting mother shared that her little prince loves dancing and drawing very much. She shared a special note along with the video. Her note could be read as “My little artist @izhaan.mirzamalik. The ‘Terrible 2’s’ they say… he’s not even two yet and everything starts with a ‘NO’ it’s amazing what a mind of their own these little humans have, Izhaan loves drawing and dancing and has one hell of an imagination. it’s very important for us parents to encourage that and let them be independent in their thoughts and actions, right now he’s like a ‘tota’ or parrot and repeats everything we say but I try to get him to know and understand what he’s saying so he knows the emotion and meaning behind every word. But to be honest, I learn more from him every day compare to what he learns from me…honesty and the unconditional love are on top of that list.”