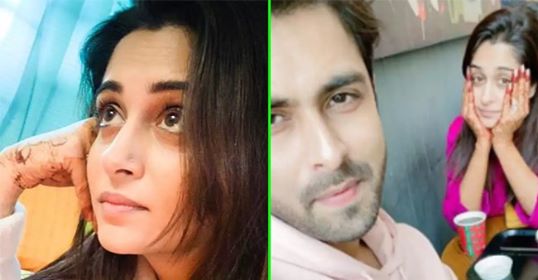 Sara Ali Khan recently had a lot of fun with her friends on her trip to Sri Lanka, and the actress is back at it again, having the time of her life, this time in New York. For the past couple of days, she has been posting various pictures and videos where we see Sara having a gala time.

In the most recent set of videos and pics, Sara can be seen working out in the company of a friend. She’s donned a black bralette and yoga pants in the snap as she poses with dumbells in her hands.

And that’s not all, for the better part of the past couple of days, Sara has been sharing boomerangs with friends, which are truly vacation goals. She has also been posting pictures of coffee and the food she’s been munching on.

For the unversed, Sara Ali Khan made her Bollywood debut through Abhishek Kapoor’s Kedarnath opposite Sushant Singh Rajput after which, she starred alongside Ranveer Singh in Rohit Shetty’s cop drama Simmba.

Prior to going to New York, Sara was busy shooting for her next film Coolie No. 1, opposite Varun Dhawan. The movie has been shot in Thailand and Mumbai and will be a sequel to the original film of the same name, helmed by Varun’s father David Dhawan. Sara and Varun will also recreate the iconic song ‘Main Toh Raste Se Jaa Raha Tha’ which featured Govinda and Karisma Kapoor originally.

A little sparkle, a little shine💫 🌟 ✨ Autumn 🍂 Winter ❄️ collections are all mine🔥💥 Go get your favourites, go on join the line‼️👣 @ceriz_fashion 💼 👛 👜 🎒👝🧳 #EffortlesslyGlamorous #AW19 #AutumnFashion

Apart from Coolie No.1, Sara will also be seen in Imtiaz Ali’s directorial ‘Aaj Kal’. The movie also stars Sara’s ex-boyfriend Kartik Aaryan. As per the latest rumors, Sara and Kartik are planning to celebrate New Year together, however, Amrita Singh isn’t to keen on that idea. Nonetheless, both movies of Sara are expected to release next year.