The life of a Bollywood celebrity is not as easy as it looks. Although it has a sparkle of glamour over it, the struggle behind the screen is real. While getting dressed, be in front of camera all the time, looks fascinating, sometimes the filming camera feels enough. But, that’s when paparazzi come into the picture, and they are always trying get the best pictures of the celebrities.

Sara Ali Khan is one of the paparazzi’s favourite celebrity to click, and that’s because she always poses and smiles for the cameras. The actress entered the Bollywood with her debut movie, Kedarnath  and she instantly grabbed everyone’s attention, specially paparazzi’s. And one thing that always excites the paps, is her signature pose, the graceful namaste that she pulls off when the cameras go clickety-click. 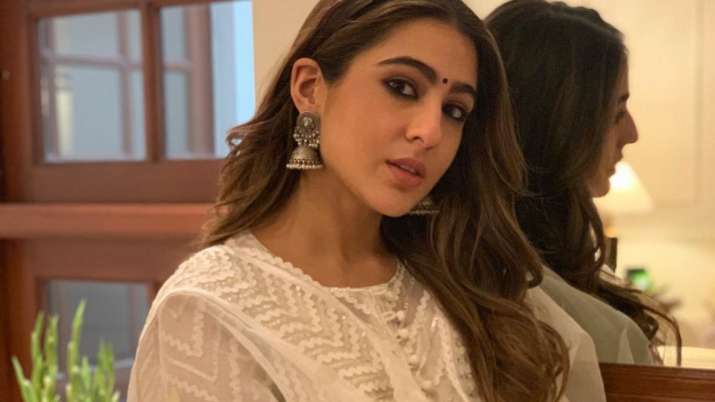 Recently, a video has surfaced on internet, we can hear a pap saying, “Sara ji, aapka namaste wala pose toh kijiye.” To which, Sara cheekily replied and said “Namaste wala pose nahi hota (Namaste is not a pose).” Meanwhile, the sassy reply of Sara left everyone laughing the tears out their eyes, her amazing chic look definitely left everyone in awe.

Sara was dressed in denim shorts and pink oversized shirt, with her hair left loose and paired with perfect accessories. Sara Ali Khan is currently busy with the promotions of her upcoming film Coolie No 1 along with co-star Varun Dhawan. Recently, it was announced that Coolie No 1 will release on Amazon Prime Video. It has been helmed by filmmaker and Varun Dhawan’s father David Dhawan who directed the original film.

The film was initially supposed to release in May, however, due to the lockdown Coolie No 1 suffered a delay. Sara Ali Khan also has a film called Atrangi Re. She will be sharing the screen space with Akshay Kumar and Dhanush in this one.