Sara On Amrita’s Reaction On Saifeena’s Marriage: My Mom Helped Me In Choosing Outfit & Jewelry

Marriage is a union of two souls and kids complete the family. However, sometimes the destiny has some other plans. It’s difficult for children to see their father getting married to another woman. But we also know that the actress Sara Ali Khan shares a cute connection with her dad Saif Ali Khan and his second wife Kareena Kapoor Khan. The three biggies have been witnessed spending great time together on several occasions. 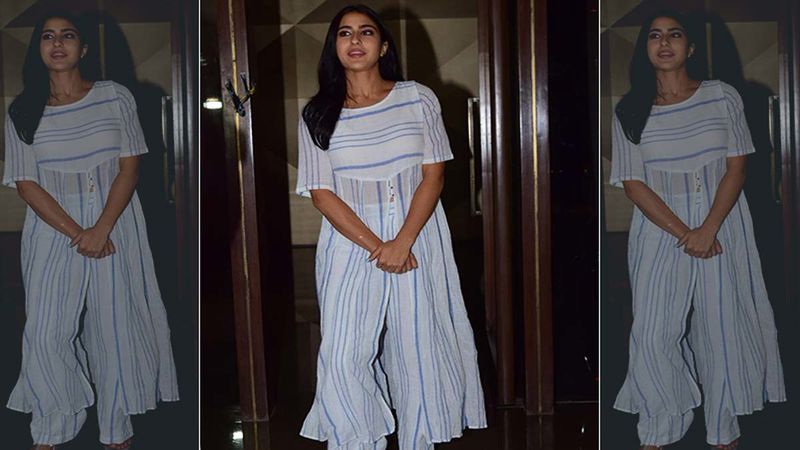 In a media talk, when Sara Ali Khan was asked about her mom Amrita Singh’s response when Saif made his mind to get married with Bebo in the year 2012, Sara’s reply surprised us. The actress stated that her mom helped her in picking the right dress for the big day and also visited the bank locker with her to take out the jewellery which Sara would be wearing. She said that her mom also told her about the jhumkas she would wear. Sara added that her mom Amrita called up ace designer pair Abu Jani and Sandeep Khosla to get a lehenga for her to be worn on Saif-Bebo’s marriage. Sara said, ”She called Abu and Sandeep and said, ”Saif is getting married and I want Sara to have the most beautiful lehenga”.” Bebo had shared earlier that she has never met Saif’s ex-spouse Amrita Singh, but she respects her from the bottom of her heart.

Over the years, the Jab We Met star has bonded really well with Saif and Amrita’s kids Sara Ali Khan and Ibrahim Ali Khan. In fact, Sara also appeared on Bebo’s radio chat show during the promotion of her last film, Love Aaj Kal. Saif and Bebo are happily married and are enjoying their life with their cute son, Taimur. The couple is expecting their second child together.