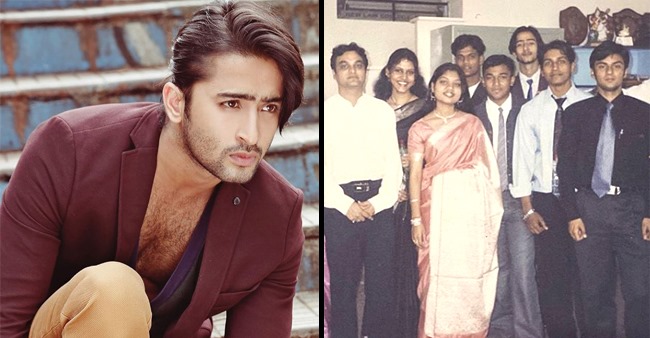 Shaheer has become one of the most popular and talented stars in the Telly world. He has been getting praises from all the sides for his acting skills. He has also become one of the top-rated actors. The ace star has earned fame and name via his notable performance in all his shows.

Up till now, a lot of people are not aware of his first show and they believed that Shaheer stepped into the acting world with Kya Mast Hai Life in which he donned the role of Veer Mehra. But, this is not true. The actor bagged recognition for playing an influential role in the show Kya Mast hai Life in 2009. But, the actor entered the world of acting with the show Sanya a year before that and donned the character of Arjun Shekhawat in the show. After Sanya and Kya Mast Hai Life, Shaheer became a sensation in the TV world and bagged some interesting projects.

Now, he posted a few behind-the-scenes pictures with the other four Pandavas as he remembered the good old days. He posted the pictures with the caption, “The art of chilling on the sets. #5Pandav #swipeleft i don’t know why but I was very excited about the fact that I will have 4 brothers in this show. My excitement doubled when they told me Rohit is playing Yudistir. Brotherhood is beautiful and I will always cherish these memories. Love u guys @rohitvbhardwaj @sauravgurjar @vinrana @lavanyabhardwaj ???? #DownMemoryLane #fromthebeginning #bachpanse #stayhome #staysafe”

Shaheer also shared a side-by-side pic from the time he filmed Navya..Naye Dhadkan Naye Sawaal and then Mahabharat. In between the filming of the two daily soaps, Shaheer said he gained 20 kgs. Captioning the picture on social media, Shaheer wrote, “From 75 kgs to 95 kgs, the transition from being ‘Anant’ to becoming ‘Arjun’ was a big journey for me physically and mentally (sic).”