Shahid Kapoor is not only one of the most promising actors in Bollywood, but also a great family man. There is no denying to the fact that the actor knows how to balance between his personal and professional life. Currently, the actor is busy gearing up for his next release, Jersey. And as the actor is busy in full-blown workout and practice sessions, he decided to share a glimpse of the same with his fans.

The actor indulged in early morning net practice for his role of a retired cricketer in ‘Jersey’. It was as early as 6 AM, Shahid was in the field, attempting to hit winning sixes and fours. He took to his Instagram handle on November 10, 2020 and shared a picture from field itself giving a sneak peek into his preparations. 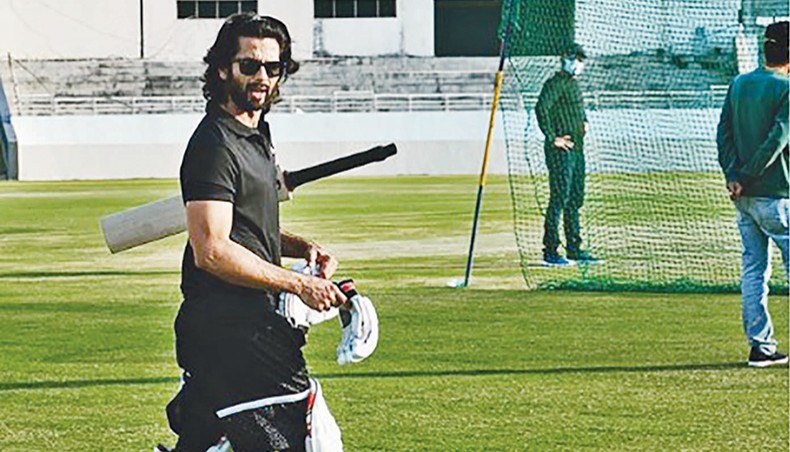 In the picture we can see the actor trying his hand son batting. He paired it with a caption that said ““Get up and get going. Morning all. #jersey… it’s never too late to dream.”

Later, he took to Instagram handle and shared another picture, wherein he is giving us some major fitness goals. It’s a monochromatic mirror selfie, right from his gym. As he flaunts his perfect biceps, he writes a caption with it that says “#earlymorning training…. #thebest”

Shahid Kapoor had been filming for the film in Chandigarh, before lockdown but had to wrap it up. It is now, almost after six months that the actor resumed filming and has been prepping for ‘Jersey’.

The movie, ‘Jersey’ is directed by Gowtam Tinnamuri, and is a remake of a hit Telugu film by the same name. Meanwhile Shahid essays the lead, the entertainer also features Mrunal Thakur and Pankaj Tripathi in pivotal roles. Other than ‘Jersey’, Shahid Kapoor has also been in talks for Dingko Singh biopic, which he plans to produce and will also essay the role of a boxer.