Bollywood hunk Shahid Kapoor and his wifey Mira Kapoor make one beautiful and most loving pair in Bollywood. Mr. & Mrs. Kapoor always have great fun when together and they frequently showcase their fun-filled companionship on social media platforms. But what also turns this cutesy pair the best, is the point that both Shahid Kapoor and Mira Kapoor are showstoppers when it comes to style. 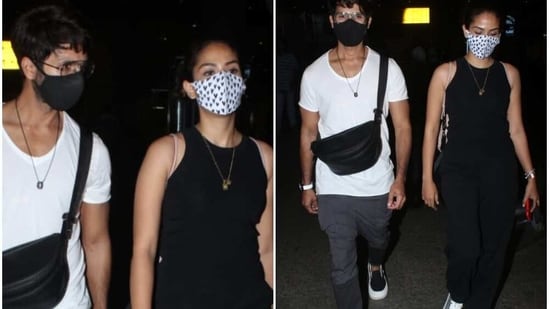 Yesterday, the two got clicked at the airport. Shahid Kapoor and Mira Kapoor were witnessed making a splash at the airport with their casual and cool grace. The dashing hunk chose to put on white t-shirt and grey cool trousers, whereas Mira was witnessed in black dungarees. The two sensations also put on their face masks as they followed the new-normal guidelines. But this didn’t stop the two biggies from raising the temperatures. What we also treasured was Shahid’s funky pair of goggles that made him appear hot as ever.

Shahid Kapoor is presently busy filming his debut web series in the cool surrounding of Goa. The actor makes his debut in web series with Raj and Krishna DK’s project and features South star Rashi Khana. 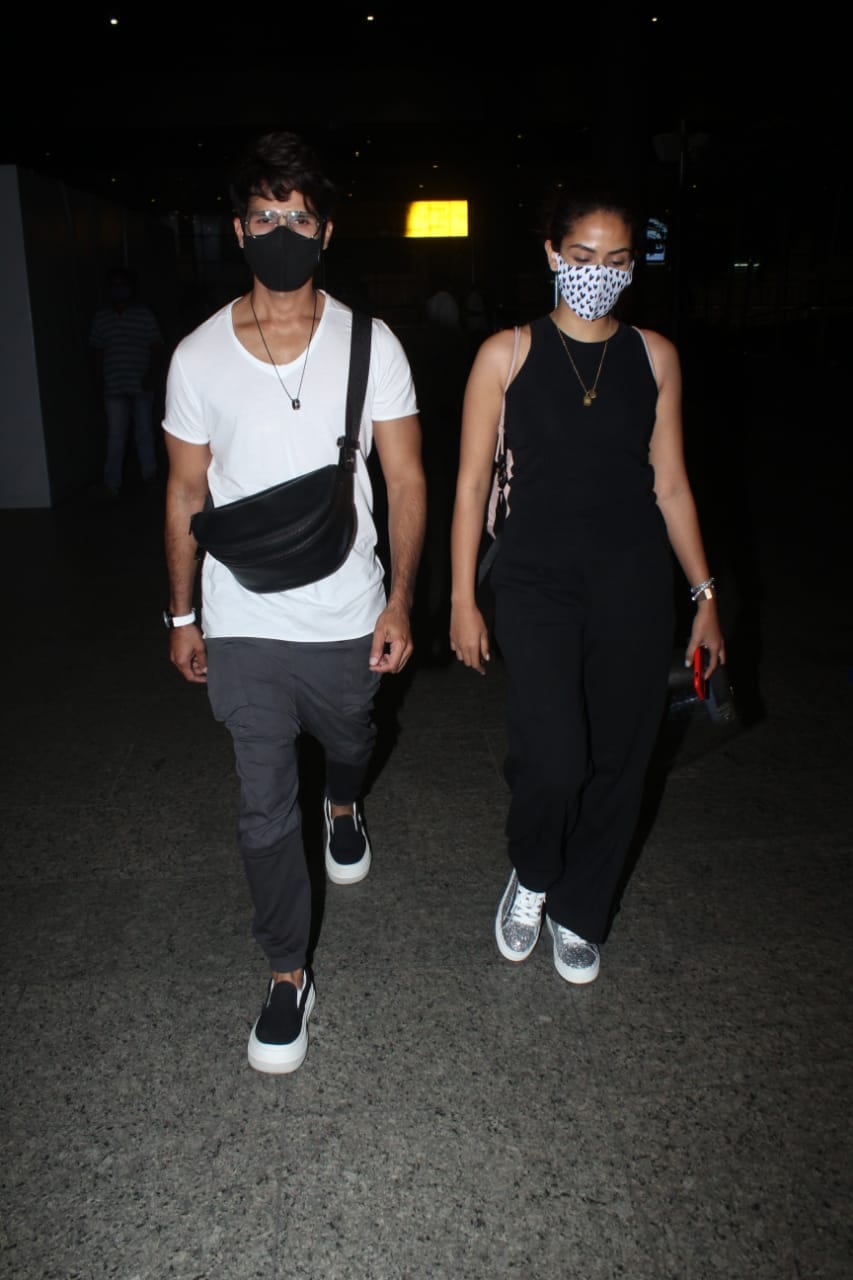 On her hubby’s 40th birth anniversary during the last month, Mira shared her feelings and penned: “I like me better when I’m with you. Happy 40th to the love of my life. Any wiser and I’m in trouble. Lucky me you don’t look it and lucky you, I don’t show it. I love you baby.”

During an ‘Ask Me Anything’ session, Mira was asked that ‘who wins in the case of an argument.’ Without batting an eyelid, she responded: “Me! Who else?”