Shahid Kapoor’s swanky red Jaguar is simply perfect for him

Bollywood actor Shahid Kapoor is a great dancer renowned for perfectly balancing his professional and personal life. He next has the Bollywood remake of Jersey lined up and is also in talks to star in Karan Johar’s next production venture. Meanwhile, the actor has always set high standards for everyone, whether it’s his career or lifestyle.

Shahid is one of the most genuine petrol heads in Bollywood. The actor had an annual earning of ₹12.75 crore just in 2019. And according to Forbes, the actor has accumulated quite a car and bike collection over the years. Among so many precious ones in his garage, there’s one that has caught a lot of attention and turned may eyes towards him. It’s none other than his swanky red Jaguar XKR-S.

Shahid’s collection includes many luxurious cars from a BMW R1250GS Adventure to a Mercedes AMG S400. His red Jaguar XKR-S is worth ₹1.27 crore. The actor is now a family man and his collection of SUVs says so. But, Shahid Kapoor’s bachelor days are best reflected in this sporty number. The car runs on a 5-litre V8 supercharged petrol engine, that generates 542 bhp of power and 680 Nm-worth of torque.

The Jaguar XKR-S has the ability to go from 0 to 100 kms/hour in a matter of 4.2 seconds. And it can fulfill the actor’s need for speed, as the Jaguar XKR-S can deliver by reaching the top speed of 300 kms/hour. 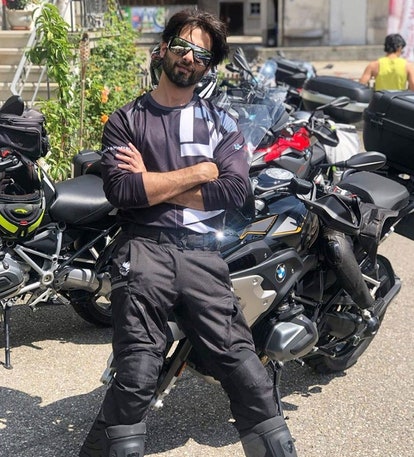 Meanwhile, on the work front, other than Jersey, Shahid also has a Shashank Khaitan-helmed movie called Yoddha as well as a Krishna DK movie called Farzi in upcoming projects.