Shahid Kapoor and Kareena Kapoor are the Bollywood stars whom the fans loved both as on-screen and off-screen. The two biggies have given Bollywood more than one hit film, along with a lot of gossips, controversies, and drama. One of the movies that come to our mind when we first think about Shahid and Kareena is Fida. 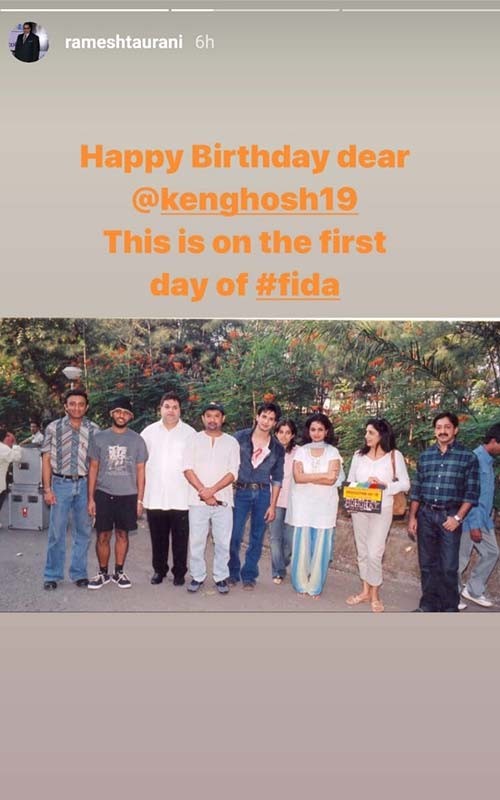 The romantic thriller of 2004 also starring Fardeen Khan is a nice piece to watch. Shahid carried a chocolate boy image at that time. Now when he has gone through a number of experiments with his characters and looks, it is a gem for the fans to get a glimpse of that sweet young chocolate boy.

Filmmaker Ramesh Taurani has wished director Ken Ghosh on his birthday by sharing a throwback picture from the movie Fida. Ken was the director of the romantic thriller.

The picture was from the first filming day of the flick, Fida. Shahid is seen in the picture wearing denim-on-denim. He looks very young and innocent. The other crew members of the movie are also being seen in the throwback photo.

Fida was Shahid’s second movie. Ramesh Taurani took Instagram followers long way down the memory lane as he posted another old picture of Shahid. It was the get together organized on the success of Shahid’s first film, Ishq Vishq. The actor in black attire looked charming here also.

Shahid’s last released movie Kabir Singh was a massive hit. His next film is Jersey, another remake of a south Indian film.