Shanaya Kapoor shows off her dancing skills as she belly dances in black attire, watch video 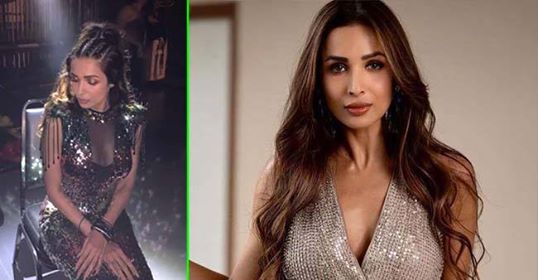 Bollywood’s new generation is taking over the town and how. Ananya Panday, Janhvi Kapoor, Ishan Khatter are just a few names who made their debut recently and look set to become the stars of tomorrow. Having said that, there are further star kids who will soon follow through.

Talk about Suhana Khan, Janhvi’s sister Khushi, or her cousin, Shanaya Kapoor for that matter. Sanjay Kapoor and Maheep Kapoor’s daughter was expected to make her debut this year, however, she has instead decided to work as an assistant director in the Gunjan Saxena biopic, that stars her cousin Janhvi in the lead role.

This does not mean that Shanaya will never make her bow. It’s just that she preparing for it. The young gun has often been snapped outside her dance class, meaning that she is gearing up to be the best in the future. Recently, we stumbled upon a video of Shanaya, that prooves she will become the best in business soon.

In the video, Shanaya can be seen doing belly dancing, and boy oh boy doesn’t she excel at it. Wearing a black bralette paired with a black skirt with a thigh-high slit and let us admit, she totally looks Bollywood ready to us. Shanaya is known to be best friends with Shah Rukh Khan’s daughter Suhana and Chunky Panday’s daughter Ananya.

While Ananya did make her debut with Student of the Year 2, Suhana is completing her studies and will then make her bow. Shanaya meanwhile is learning the making of films, and will then hopefully be ready to be seen on the silver screen.

Her dad, Sanjay Kapoor talking about Shanaya’s debut had earlier said, She is doing her acting workshops, her dance classes and other things that you need to do before you take it up as a career.”