The reality TV show Bigg Boss season 13 was full of drama and entertainment. In fact, the show did so well that the next season is already under pressure to do as well as season 13. A lot of contestants continued to remain a popular household name even after the show came to an end. One of such contestants was Shehnaaz Gill. Shehnaaz created a soft spot in all her fans’ hearts with her cute chubby energy and entertainer quality. She was constantly complimented as ‘Punjab ki Katrina Kaif’.

On the show, she created a close bond with one of the other contestants Siddharth Shukla. Even after the show, the SidNaaz fans were treated with their music videos and sweet camaraderie on social media. After the show, she made to the headlines for several reasons like being featured in music videos. But, from the last few weeks, she has been the talk of the town as she surprised everyone with a massive transformation. The cute Shehnaaz Gill lost almost 12 kgs of weight and her fans are going crazy with her new look.

Recently, she has filled her whole Instagram handle with pictures of her new avatar. From short videos to selfies to full pictures, she has been treating fans with a new post almost every day. On September 21, 2020, she shared a picture in her Instagram story. In the picture, she can be seen donning a little black dress and she looks absolutely stunning. 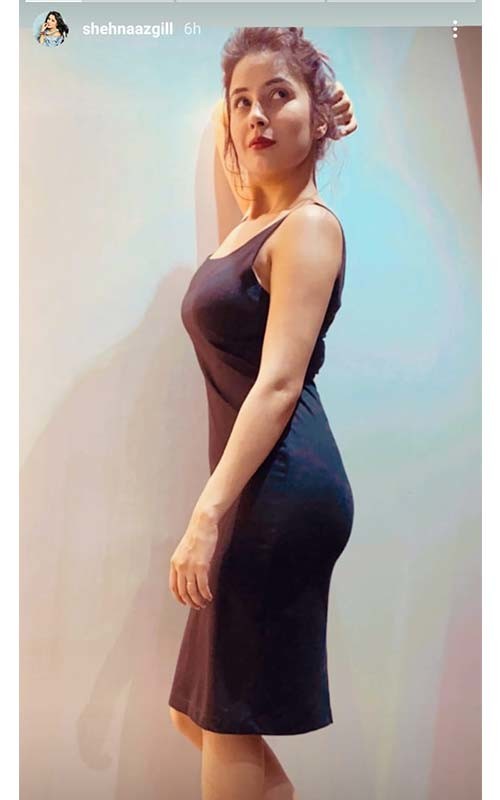 Recently, in an interview, she opened up about the reason behind her weight loss. She said that due to the lockdown, all her work was at halt, so she decided to give this time to her body. Shehnaaz further mentioned that a lot of people made fun of her because of her weight when she was on Bigg Boss 13. So, she decided to lose weight and get in shape.