The lockdown was announced in March, and it has almost been six months since then. Though the government has now relaxed a few restrictions. The world is now facing a new normal, the normal with masked faces and sanitized hands. After months of being locked inside home and not being able to meet friends, we are finally able to take small trips and hangout. With these changes we have seen so many celebrities taking small outing and trip to relieve themselves of months of stress. That’s exactly what television couple Shoaib and Ibrahim seem to be doing  the same as they took a family vacation.

Recently, on September 20, 2020 Dipika shared a series of pictures on her Instagram handle. Some on her Instagram stories, some as post. The pictures showed how she is on a little vacation with her hubby. In the pictures she can be seen enjoying the rain and cuddling with her pooch as the pour welcomes the. She also calls it her favourite place in the caption. Though she has not specifies the destination the pictures give us a glimpse of Lonavala.

After that she shared a short video on her story. In the video we can see her in-laws and Shoaib’s parents on the swing. She writes “Just Love” followed by a red heart on top of it. In fact, Dipika’s sister in law, Saba Ibrahim has also been sharing tones of pictures and video on her Instagram handle. She has been giving the fans and follower a continuous update on their family vacation. 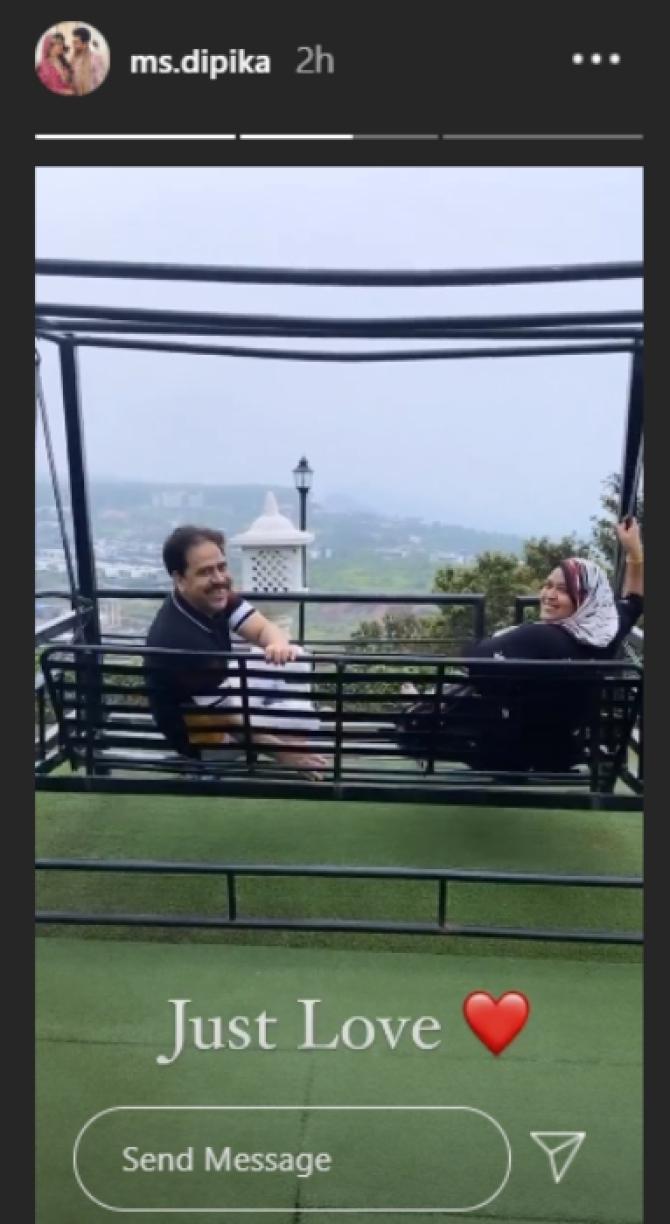 Dipika and Shoaib are one the most popular television couples. Their love story as well is one of its kind. They met on the sets of Sasural Simar Ka, and as they spent time together they fell madly in love with each other. The couple made their love official as they tied the knots on February 22, 2018.