The bond of a sister and brother is one of the strongest bonds, and it totally is one of its kind. This relationship involves every feeling and emotion that could exist. From love, dislike to care, this relationship is like a mood swing, the emotions here change every second. Sometimes you feel like ripping the hair off each other’s heads, the other times you would stand up against anyone to save them.

Even though it’s a tough road to walk, it is the purest bond one can feel. It’s because even after every odd, you know you two will protect each other no matter what. Over the years, we have seen many celebrity brother sister duos that make us crave the sibling love. One such television brother sister duo is Shoaib Ibrahim and Saba Ibrahim. 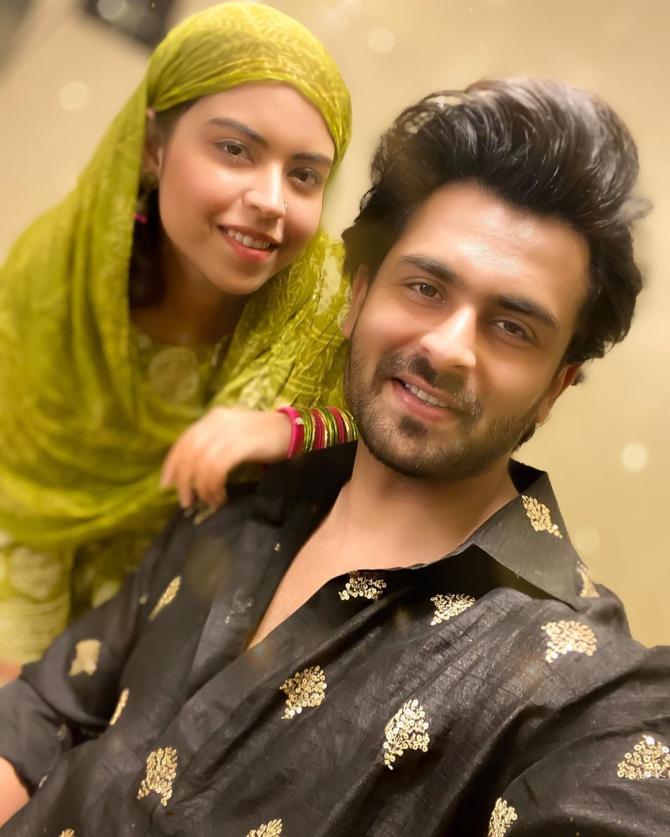 As on October 30, 2020, it was Eid-e-Milad, the whole country was filled up with the colours of this festival. We saw Shoaib Ibrahim and Saba Ibrahim celebrating the festival with their family. As the festival calls for some great looks and clicking lots of pictures, Shoaib shared a glimpse of the same.

Shoaib took to his Instagram handle and shared an adorable picture with his sister Saba. In the picture, the brother-sister duo can be seen in ethnic ensembles to celebrate the festival and ended up twining. While Shoaib opted for a blue kurta with white floral motifs on it and blue denim jeans, Saba chose a blue and white sharara suit. As the television actor shared the adorable picture, he paired it with a perfect caption as, “It’s called a twinning moment.” This is not the first time we have witnessed the duo pouring love on each other. The social media is quite familiar with the inseparable bond between the trio that involves Shoaib’s wife, Dipika Kakar, and his sister, Saba.