Bollywood actress Shruti Haasan has been hitting headlines because of her love relationship. Yes, there are reports all around that Shruti is dating an art illustrator and rapper Santanu Hazarika. Santanu Hazarika hails from the city of Guwahati. 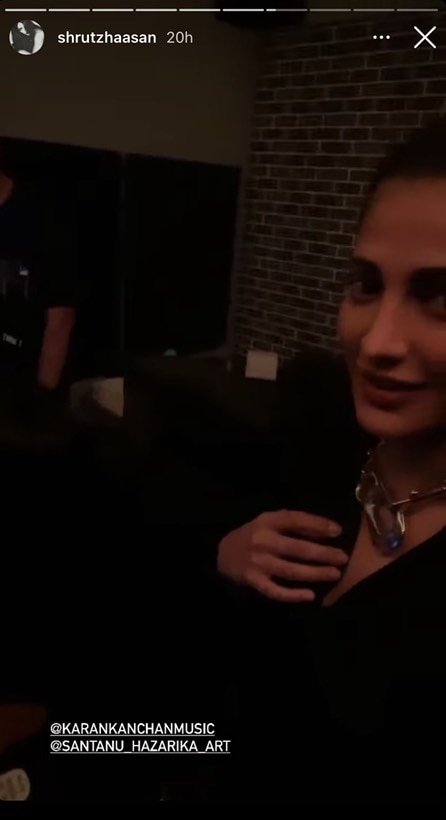 A moment ago, the actress posted some stories on her Instagram handle in which she can be witnessed enjoying some time out with her beau Santanu and her friend Karan. They got clicked at a music studio situated in the city of Mumbai. In the video shared by the actress, Santanu can be witnessed standing in front of the microphone all set to record his music, where Shruti pokes fun at him. 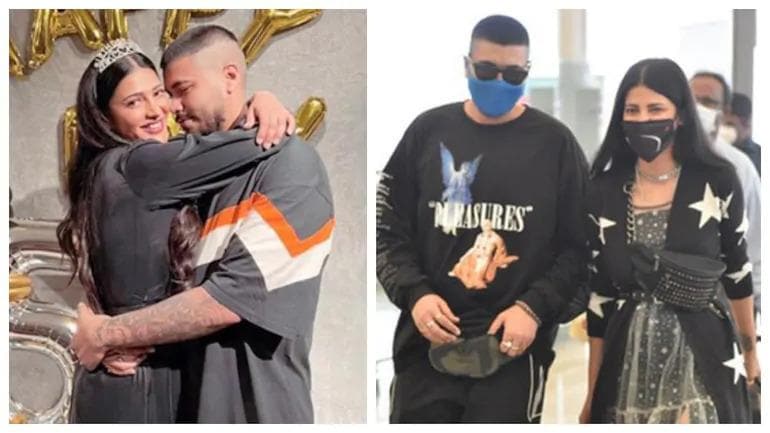 It appears that Shruti and Santanu are joining hands for a music video that will be rolled out shortly.

There have been a number of times when Shruti Haasan got clicked with her alleged beau Santanu Hazarika several times in the last couple of months. When Shruti leaves the city of Mumbai, Santanu always accompanies her to say goodbye at the airport. The two can also be witnessed indulging in cute PDAs most of the time. In a media talk, Santanu said, “We met because of art. We have a very similar taste in art and music. It’s not even similar, it’s almost identical! In fact, I had made an illustration/visual representation of one of her beautiful poems. This can be considered as our first unofficial collab. We have a very strong artistic bond, and we will be collaborating on creative projects.”

Thus far, Shruti or Santanu have not confessed anything about their love relationship. On January 27, the two stars were clicked walking hand-in-hand. It appeared that the two were on a special date.