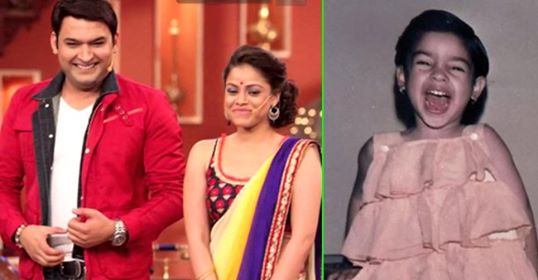 The year 2019 has been a troublesome one so far telly actress Shweta Tiwari. From reports of trouble in her marriage to rumors of the actress along with her daughter Palal facing domestic violence, life hasn’t been a bed of roses for the 39-year-old actress. However, the silver lining is that in 2019 she made her along awaited return to television with the show ‘Mere Dad Ki Dulhan’.

Fans of the actress had been craving her presence in the small screen and now that she’s back, hopefully, things will become better in her personal life as well. Recently, Shweta celebrated the third birthday of her son Reyansh Kohli on the sets of her show. Her daughter Palak also joined in the celebrations, and she a sweet and adorable wish for her step-brother.

Wishing her little bro Reyansh, Palak wrote, “My encouragement to be a better person on a daily basis. We’ll own this world together, hand in hand. Happy birthday baby boy.”

Even lead actress of the show Mere Dad Ki Dulhan, Anjali Tatrari, shared stories for Reyansh and the birthday celebration that they had together. Earlier in an interview with a leading tabloid, Shweta had opened up about her character in the show Guneet Sikka and revealed that she is actually very different from Guneet in her real life.

Instead, she revealed her daughter Palak is very similar to Guneet. “Guneet has an unusual approach towards life. Even if there is fire in the house, she will not panic. Her first reaction would be- Now that house has caught fire, what we can do. Let us find the solution. Frankly, I am unlike Guneet in my real life. But my daughter Palak very much resembles the characteristics of Guneet. She is a very positive and optimistic person (sic), said the actress.”