Shweta Tiwari Is Reading Books To Pass Time As Actress Is Quarantining At Home; Shares Pic

Many of the celebs across the country have got affected by the pandemic. In Bollywood, from Big B, Abhishek Bachchan to Genelia D’Souza, Malaika Arora and Arjun Kapoor, a number of stars have been affected. Many television stars also got affected by it. Now, the actress Shweta Tiwari has unfortunately joined the list.

According to the actress, on 16th September, she felt that she had a cough. As the filming was continuing for ‘Mere Dad Ki Dulhan’ and an important marriage sequence was to be filmed with actor Varun Badola, Shweta immediately went to the facility to check if she was okay but then became positive.

She will be in-home now till 1st October. The time is very tough for her as usual. Her daughter Palak is staying with her maintaining social distance. She didn’t take any chance with son Reyansh and sent him to her husband Abhinav Kohli. 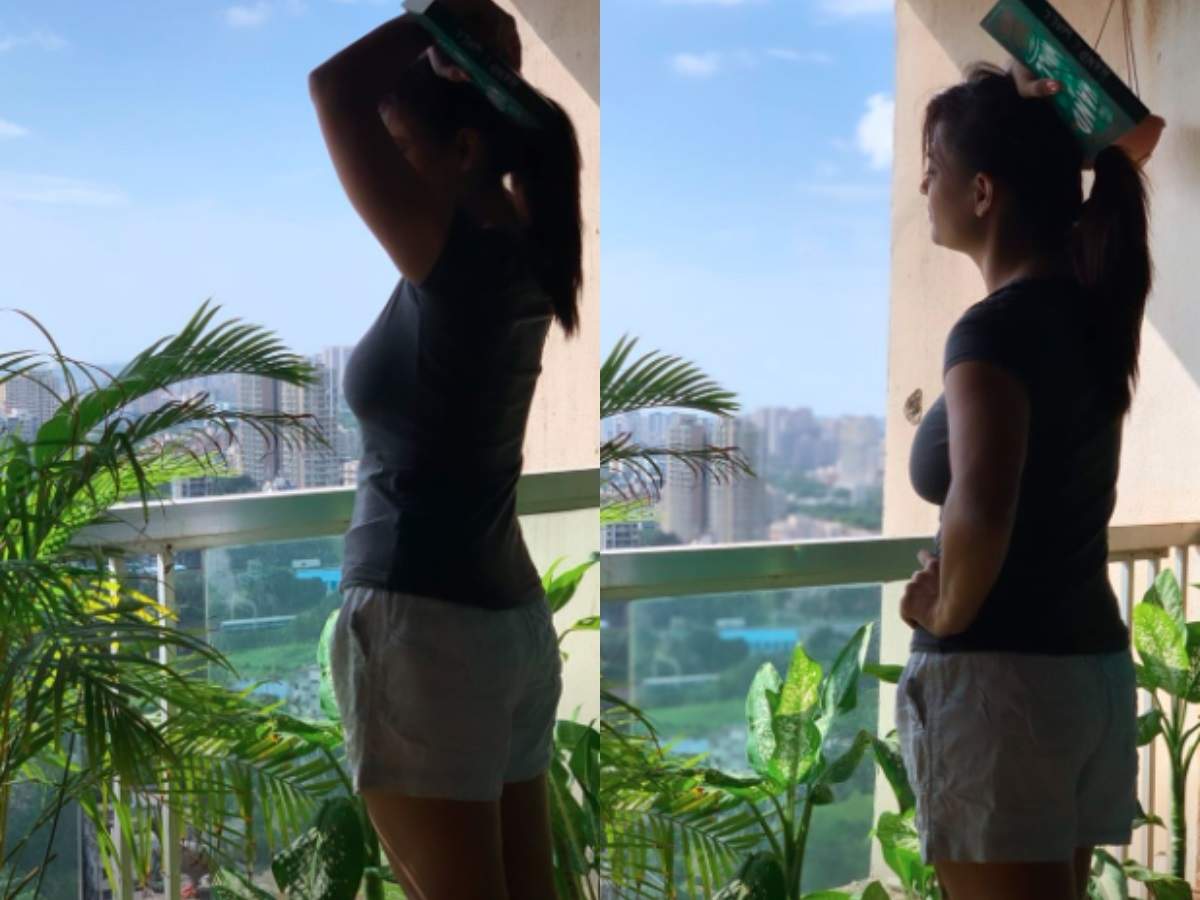 Shweta’s home is very spacious which helps her to take all the precautions. She is passing her time by reading books. The actress is very fond of books. On the sets too, she reads every moment between her filming. This habit of TV beauty helped her very much in this situation.

She has taken to her social media account to post a snap of herself in this period. The actress is seen with a book in the picture. In the pic, she can be seen standing in her balcony wearing a casual sporting tee and white shorts.

Shweta has a huge fan base on social media. When she had acted as Prerna in ‘Kasautii Zindagii Kay’, viewers loved to watch her in the romantic saga. After getting fame from the show, she had taken part in reality shows like ‘Bigg Boss’ 4, ‘Jhalak Dikhhla Jaa’.