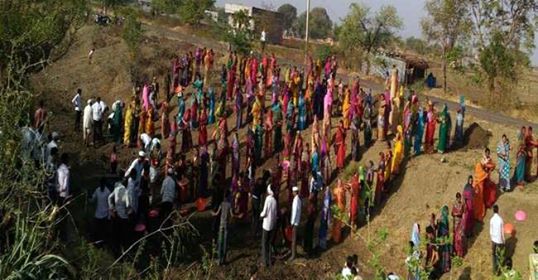 Television actress Shweta Tiwari made her long-anticipated return to television screens with the show Mere Dad Ki Dulhan. In the show, she plays the role of Guneet Sikka, who is a strong and independent woman. In a recent interview, Shweta revealed her feelings about how she plays the character.

She left the tv industry some time ago to spend time with his son Reyansh. Speaking about her sabbatical from work, the actress said, “When I had my first child – Palak, I couldn’t spend much time with her as work kept me occupied. Hence, I didn’t take any project when Reyansh was born.”

The actress also highlighted that Shweta, as a person feels very disconnected to Guneet because she in her real life is very different from the character.

“Guneet has an unusual approach towards life. Even if there is fire in the house, she will not panic. Her first reaction would be- Now that house has caught fire, what we can do. Let us find the solution. Frankly, I am unlike Guneet in my real life. But my daughter Palak very much resembles the characteristics of Guneet. She is a very positive and optimistic person (sic)”, said Shweta Tiwari while shedding light on her character.

The 39-year-old actress also explained the similarities between her daughter Palak and the character Guneet with a real-life example. She said, “In a situation when Palak and I both are standing in a long queue and person standing behind us randomly goes ahead, she will simply smile and let them go.”

Shweta further added, “I on the other hand get annoyed but she calms me down by saying the que is not even that long and we are not getting delayed… so what is the problem? She is very innocent. When I prepare for the character of Guneet I always keep in mind Palak’s smiling face and her optimistic nature. I am happy that she is very much similar to Guneet. At least so far.”