‘Gully Boy’ fame Siddhant Chaturvedi knows how to make use of his free time in the perfect manner. The actor, who has been busy filming Shakun Batra’s forthcoming untitled movie, looks to be enjoying his holiday with his besties by having a jamming session at his private place i.e. his home.

The dashing actor has already rolled out a number titled ‘Dhoop’ in the past and at the present, he appears to be getting ready for one more release in his Insta posts. Siddhant posted an image from the super special jamming session. He shared a glimpse of his music in Insta-stories and captioned the post as ‘It’s a Vibe!’

Siddhant Chaturvedi and his co-star in Shakun’s new project Deepika Padukone were recently clicked in Mumbai’s most popular and busiest place Bandra while heading home after completion of their filming work.

Siddhant Chaturvedi and Deepika will be seen together for the very first time in Batra’s yet-to-be-titled film, which also has actress Ananya Pandey. While Deepika can be seen putting on a shirt over an olive green upper, Siddhant put on a brown jacket for the occasion. 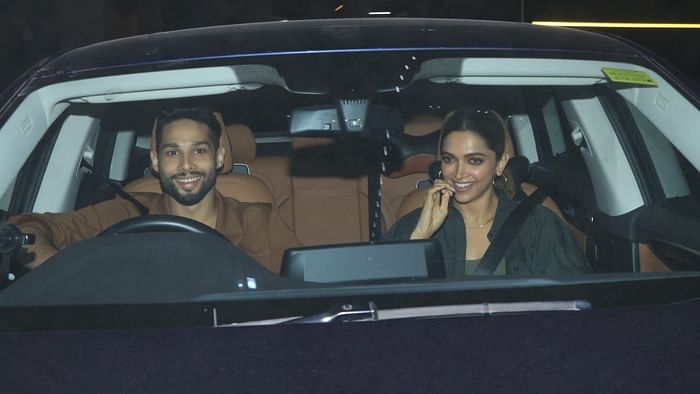 Siddhant’s co-stars also paid a visit to his place during Diwali. The party was attended by Ananya Panday, Ishaan Khatter, and the team of Siddhant’s upcoming film. Deepika was also there at the bash. Sharing a glimpse of the festivities, Siddhant penned, “Caption’s as Untitled as @shakunbatra’s next.”

In the meantime, the actor will shortly be going to Goa again for the filming of ‘Phone Bhoot’ which will also feature Katrina Kaif and Ishaan Khatter in pivotal characters. The buffs are vey excited to see the talented star in his new projects.

Hina Khan Is Making Us Envious With Her Maldivian Vacay Pics; Posts Snap With BF Enjoying Coffee Time In Bed...