One of Bigg Boss season 13’s most loved duo is Shehnaaz Gill and Sidharth Shukla. Through out the show, the two gave many friendship and couple goals to their fans. And every time they were on camera they left their fans in awe with their cute shenanigans. From their cute nok jhoks to their mushy moments, fans kept rooting for them throughout the season.

In fact, even after the show came to an end the SidNazz fans were still seen gushing all over the duo. The duo has featured in a music video after their stint on Bigg Boss 13. The fans never hesitate from sharing glimpses from their adorable moments together. Now, as the duo is in Punjab, their social media handle speaks volume of the fun they are having there together. 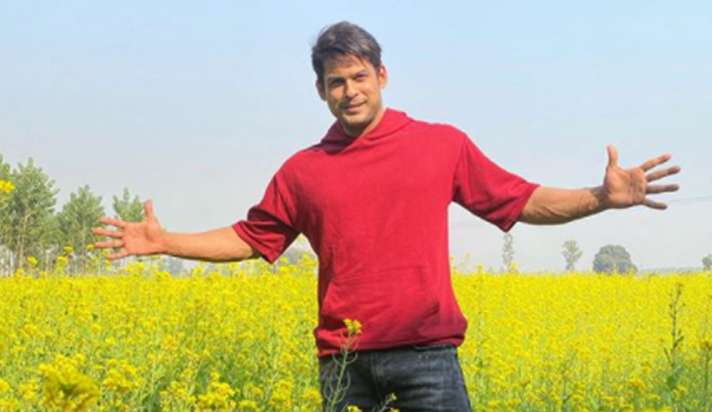 The duo recently jetted off to Punjab to film their new music video and are making the most of their time there. Sidharth took to Instagram to shared pictures and videos from there. He first shared a picture, where in he can be seen posing like Shah Rukh Khan in Dilwale Dulhania Le Jayenge, among mustard fields.

Along with this picture, he shared a caption as well. He wrote “Turning fields into reels.. #Punjab.” After the picture he shared a video the showed us how he is living life country style. In the video, we can see him riding a bullock cart. He was seen standing on the cart, navigating a bull as the animal pulled the cart as he enjoyed the sun.

As the video went online, Shehnazz decided to react to it in the comment section, she wrote “Buraaahhhhh.” The actor then took ti his Instagram handle and shared another video clip. In the video, we can see Shehnaaz dancing with one of the crew members to the beats of a song by Tony Kakkar called Laila.