Sidharth Shukla passes away at 40 due to heart attack, top controversies the late actor was involved in 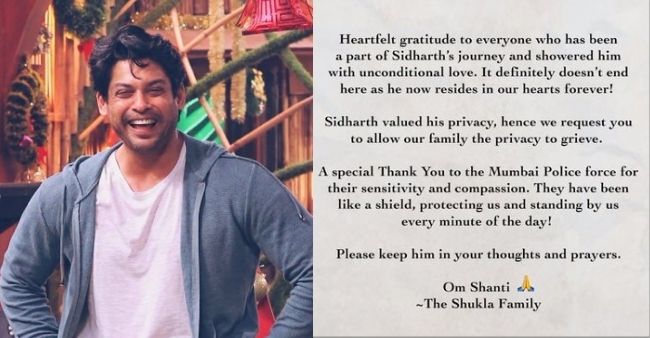 Actor and Big Boss winner Sidharth Shukla passed away moments ago, the cause being a heart attack. He was 40 years old. Celebrities like Farah Khan, Manoj Bajpayee, Kapil Sharma, Armaan Malik and many others took to social media to condole his demise.

Let’s have a look at the controversies the late actor was involved in.

Sidharth would get into regular fights with fellow contestants Rashami Desai, Asim Riaz, Paras Chhabra. Also, he was said to be an extremely temperamental guy, who would get excessively rude at times.

His Balika Vadhu co-star Sheetal Khandal had once, in an interview, alleged that Sidharth would touch her inappropriately and engage in vulgar talks with her.

Sidharth was also in the news because of his impolite behaviour with Dil Se Dil Tak co-star, Kunal Verma. Verma was very mad at him, because of his rudeness with everyone on set. Also, he was vocal of the fact that Sidharth needed psychiatric treatment.

About 2 years back or so, Sidharth was booked for rash driving. He was remanded in custody until he paid the fine.

Sidharth was repeatedly called out for his bizarre demands and always reporting late on sets.