While taking the vows with the love of your life in front of the people you matter is a celebration of love in itself. There is no greater satisfaction than realising that it’s a start to years of celebrating love everyday in different ways.

Although, growing old together is just a phrase and seems uncool to a few people. But every time a couple realises that they are able to take that path, it makes their love stronger. And that’s why celebrating your anniversary is more about believing in your love than about grand festivities.

An anniversary is the perfect day to cherish all the love-filled moments you have lived together. That’s exactly what television actress Smriti Khanna did as she and her hubby Gautam Gupta complete 3 years of marital bliss. 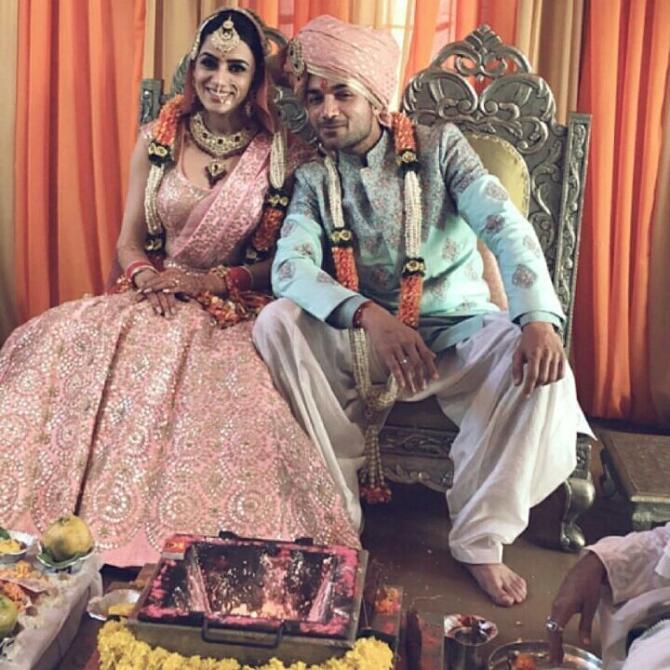 It was on November 23, 2017, when Smriti Khanna had gotten married to her Meri Aashiqui Tumse Hi co-star, Gautam Gupta. While, Smriti had opted for a pink outfit and minimal makeup. Gautam Gupta had opted for pastel-coloured sherwani, which he had paired with dhoti pants and a safa.

And after almost three years of marital bliss, it was in the month of April 2020, the couple had embarked the journey of parenthood. They were gifted with an adorable baby girl named Anayka. As the couple now completed 3 years of togetherness and marriage, Smriti decided to cherish the memories from the time. She took to her Instagram handle and shared a video with her hubby, Gautam Gupta.

The video was a compilation of every kissing moment from their married life and it was everything that’s adorable. She also shared an adorable caption with the same that said “Happy Anniversary dearest Husband @mistergautam. Thank you for the best years of my life so far, you complete me in every way #3rdanniversary #ManyMoreToCome #bestHusband.”