Motherhood is a journey full of love and adventures. From giving birth to your baby to seeing him/her turn into an amazing person, it’s a beautiful process, and every phase of the same is important. It is filled with precious moments with one’s little wonder and every mother cherishes each one of them.

From the moment a woman realises that she is expecting a baby, she eagerly waits for the nine months to pass soon and hold her mini version in her arms. One such doting mommy is television actress Smriti Khanna. It was in year 2017 when Smriti had gotten married to her Meri Aashiqui Tumse Hi co-star, Gautam Gupta. And after three years of marital bliss, the beautiful couple entered the phase of parenthood with the arrival of their little angel, Anayka. 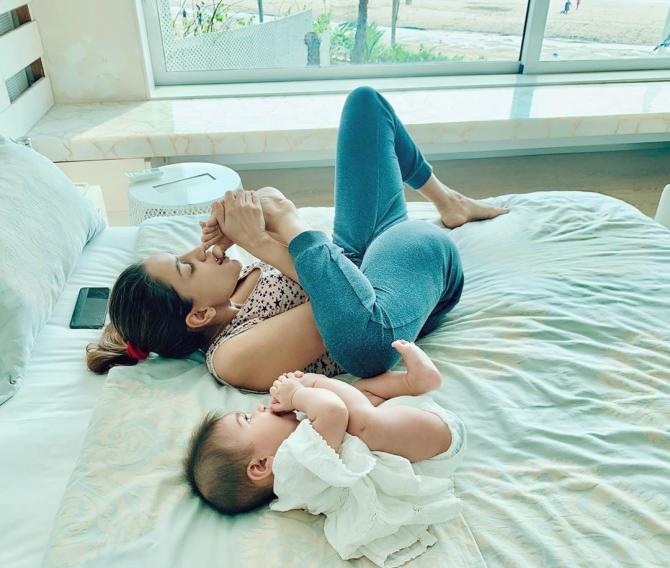 Ever since the gorgeous couple has been gifted with their little munchkin, their social media has been spammed with nothing but cuteness. Recently, on October 23, 2020, Smriti took to her IG handle and shared an adorable video as she played with Anayka.

In the video, we can see Smriti kissing, cuddling and tickling Anayka, and the baby girl cannot stop giggling. The laughter is so adorable that it will make you wanna watch the video over and over again.

Smriti paired the video with a caption explaining the fun they have in their game time. She wrote, “The games we play @anaykaguptaofficial.”

Before that, on October 12, 2020, Smriti had taken to her Instagram handle and had proved that she is not a normal mom. She had posted a hilarious picture wherein we could see her imitating her little angel. She paired it with an adorable caption where she explained how sometimes parents learn from their kids. Smriti wrote, “We learn much more than we can teach them. #parenting #toddlerlife.”