Singer Sona Mohapatra as of late came in support of Aamir Khan’s daughter Ira Khan after she was being trolled for cutting her birthday cake in a bikini in front of her father.

Taking to her social media accounts, Sona wrote, ‘All the people outraging about Ira Khan’s choice of attire or linking it to what #AamirKhan said, did or didn’t in the past please note; she is 25. A free, thinking, adult woman. Is exercising her choices. Doesn’t need her dad’s approval or yours. BUZZ off. #Patriachy #India.’ 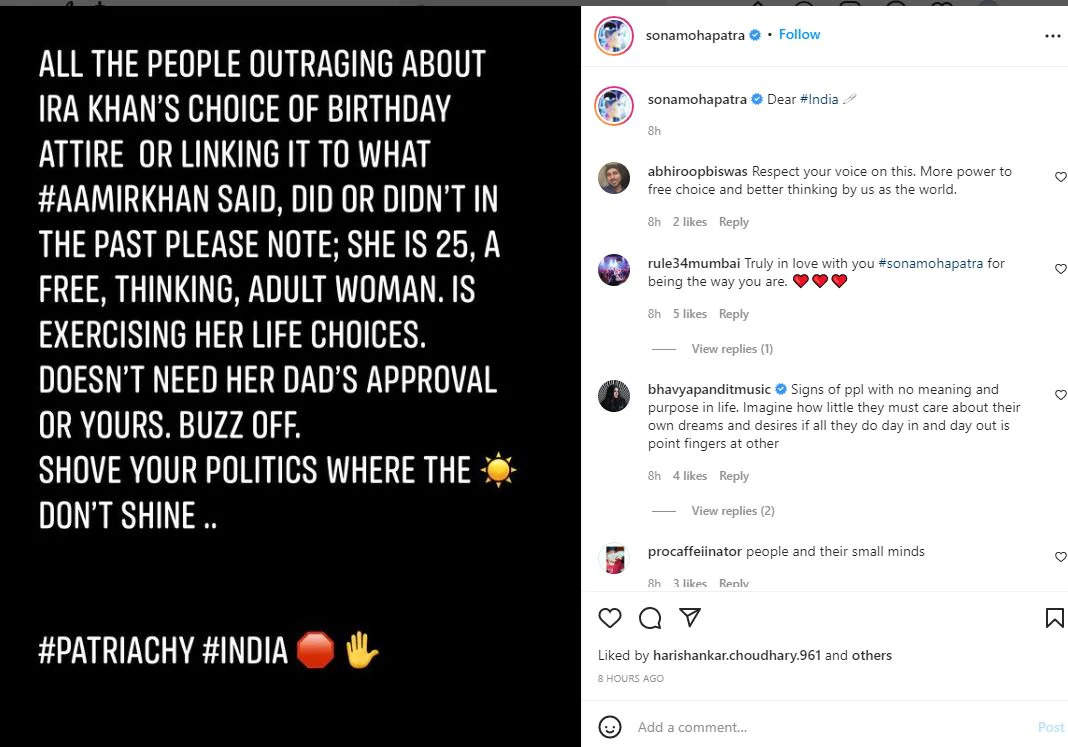 As soon as she posted the post, fans showered her with love and appreciated her post. One fan commented, ‘I really appreciate your openness and their freedom and choices of enjoying life’, while another one wrote, ‘I thank my stars every day I don’t live in India, and that my daughter can dress up anyway around her father. People don’t realize that when they question a woman’s choice of clothes around her father, they’re giving her father the right to lust over her. They’re saying he has no control over himself and all female bodies elicit the same response in him. How sad.’