While weddings in India are like a big festival where bride and groom prepare for days for it to be perfect, the truth is a big wedding is not what a marriage is about. It’s about commitment and growing old together, getting through all ups and downs of the life together.

Marriage is about finding a life partner that will walk with you through everything in life. It’s about finding the right person with whom you can spend the chaotic and unpredictable life that it is.

Over the years, we have seen so many actors tying the knot with their co-stars and people from filmy background. There have also been a few celebrities who married people from outside the industry. Let’s take a look at a few South actresses that married men with non-filmy background. Actress Asin married Micromax founder in a Christian wedding. It was Akshay Kumar who played the cupid between the two and told Asin and Rahul that they would make a great match. Kajal Aggarwal announced a few days back that she is marrying Goutam Kitchlu in an intimate wedding in Mumbai. Gautam and Kajal are set to get married on October 30. Shriya Saran surprised the entire nation with the news of her marriage. The actress had tied the knot with Barcelona based Russian tennis player and entrepreneur Andrei Koscheevon on March 19, 2018.

Amy had started dating George Panayiotou in 2015. George is the son of British property developer Andreas Panayitou, founder of The Ability Group. The couple is happy as they can be and they have also embarked the journey of parenthood with their son now. 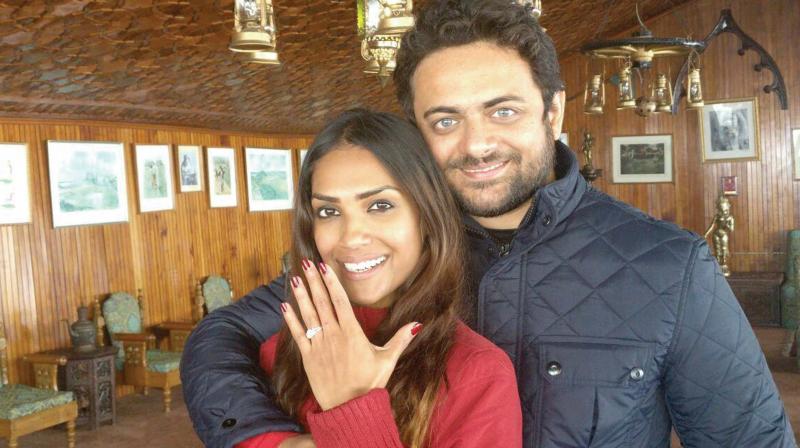