Indiawaali Maa, Sucheeta Trivedi who is currently becoming a household name with her role as Kaku is celebrating her second wedding anniversary today. It was on September 22, 2018 when 41 year old Sucheeta tied the knot with businessman Nigam Patel. The wedding was just a close friends and family attended business. The couple took their vows in a destination wedding in Bhavnagar, Gujarat. And now, it has been two years since that special day, so the couple took off to their farmhouse to make a day out of it. As they do so, Sucheeta has planned a special gift for her better half today. 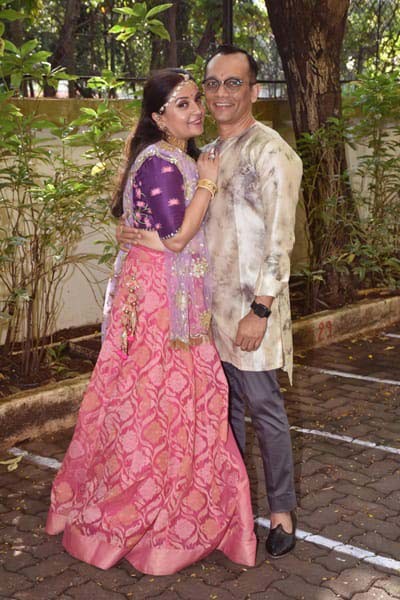 While in a conversation, Sucheeta talked about her anniversary plans and how she wants to make the day special for her hubby. As the actress recently celebrated her birthday, she mentioned how she was working on the special day. Adding to this, Sucheeta said that since she couldn’t spend her birthday with her husband, she plans to spend the whole day away with him.

Sucheeta mentioned that ever since the filming started, this is her first break that she got from production house. So, the actress has planned to spend some quality time with her man in their farmhouse outside Mumbai. When Sucheeta was asked about her gift to her partner, she said that since she wasn’t around for a long time, she will gift him the most precious thing, that is time.

Remembering her wedding, Sucheeta mentioned how she always wanted a meaningful destination wedding. She said the reason they got married in Bhavnagar is that it is her father’s native place. Sucheeta added that she and her husband don’t like any kind of wastage and thus, their wedding was totally eco-friendly. She mentioned that two of her best friends are wedding planners and they organised the whole wedding the way bride and groom wanted.