Suhana Khan Flips Her Hair In Style & Wins The Web Shah Rukh Khan and Gauri Khan’s darling daughter Suhana Khan headed to New York University in 2019 where she is studying acting. She completed her graduation from Ardingly College in England. Suhana is one of the most talked-about star kids on social media. 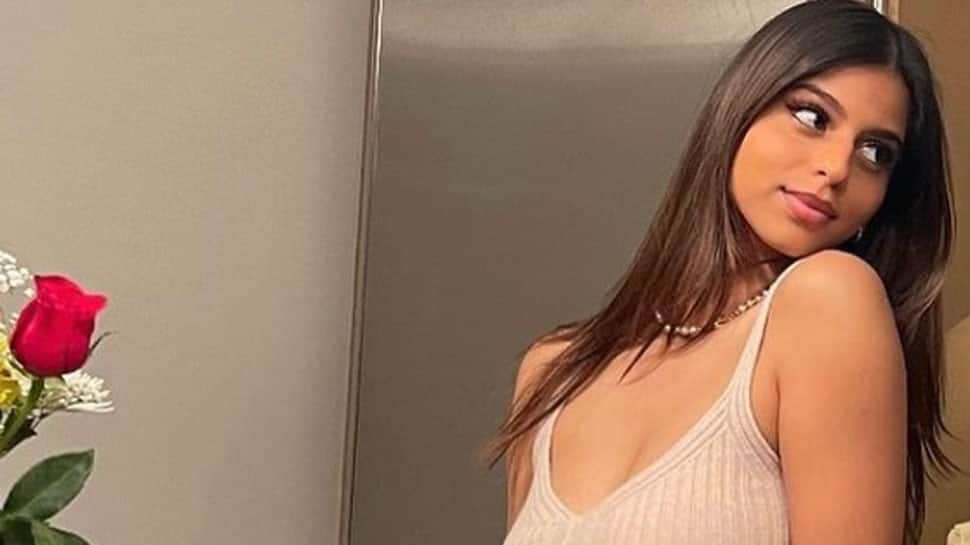 Suhana Khan enjoys a huge fan base on social media platforms like Twitter, Instagram and others. She has also become one of the most followed star kids with more than a million followers on Instagram. This figure elucidates her growing fame.

Recently, the gorgeous daughter of SRk and Gauri Khan shared a new post on her Insta handle with an image of her grating cheese. In the video recording, she can be witnessed flipping her hair towards the back.

In the post, Suhana Khan flaunted her perfect figure in a light beige co-ords bodycon outfit. Suhana’s post has bagged praises in the form of likes and comments from Navya Naveli Nanda, Alaviaa Jaaferi, Maheep Kapoor amongst others.

Suhana flew off to New York University in the year 2019 where she is completing her acting curse. She finished her graduation from Ardingly College in England. Speculations of her making foray in the world of entertainment are rife.

Suhana Khan might be okay with all the fame surrounding her at the moment but in the past, she has had her difficult and unfriendly encounters with the media people. The episode took place in the year 2017 during the screening of Sallu’s movie Tubelight. SRK also attended the same but turned out Suhana had maintained she wanted to go on her own and not go with her father to the screening.

When SRK was later questioned about the same incident, he remembered the incident and stated, “I am okay with them getting photographed. My request is, I understand we are part of the media. I have told my kids also and my son kind of understands. I have told them listen if photographers come stand, give the pictures and ask, ‘can I go now’. They’ll all listen to you because I have known them for 25 years. At Tubelight (screening), she didn’t come with me. She told me I am going on my own. I requested her to come with me because I am going there to meet Salman and I will pick you up. And then she had to actually call me, ‘Can you pick me up, I am stuck.”