Couple of day ago, Suhana Khan had dropped a post stating she will be leaving New York City soon. Recently, she dropped her picture from her last day in the city. Filmmaking enthusiast’s pic instantly went viral as the pic features her enjoying her last her day in New York City. She is seen donning a brown tank top with sheer white crop top and blue denim. 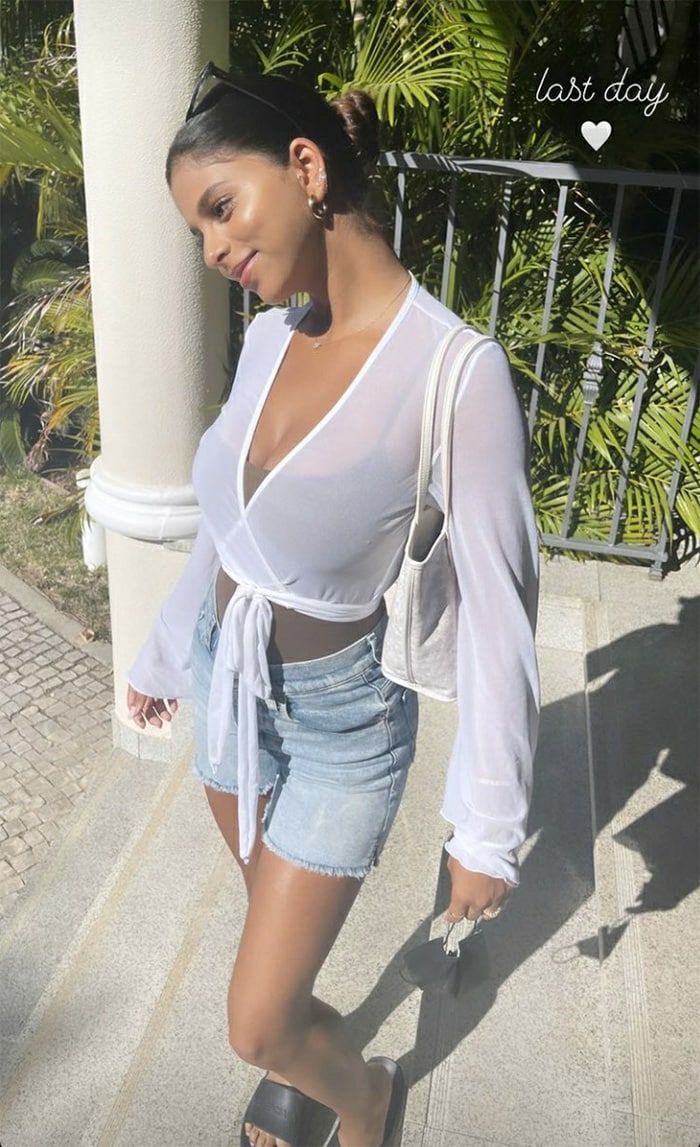 Daughter of Shah Rukh Khan and Gauri Khan, Suhana has been in NYC for formal education and training in filmmaking from Tisch School of the Art. She had completed her studies and had been vacationing for a while in NYC. During her last days in the city, she posted a pic of a truck which carried the quote, “Don’t worry. Even if you leave New York, you will always be New Yorker.” She had dropped a broken-heart emoji along with the post.

The rumours have it that the actress-in-making has already got her first project on hand. Reportedly, she will be starring in Zoya Akhtar’s upcoming film ‘The Archies’ which will be Netflix original. Inspired from the Archie comics, the movie reportedly will also star Shanaya Kapoor.

[Photos] Neetu Kapoor takes yacht under her control as she holidays with her girl gang...

Actor Dhanush-Aishwaryaa separated; Take a look at some adorable moments of Dhanush and Aishwaryaa...

Anushka Sharma shows off her Monday post-workout glow with a ‘Sweaty Selfie’...