Actor Shah Rukh Khan’s darling daughter Suhana Khan’s New York life comprises various bashes with besties. Recently, the star daughter posted another glitzy image of herself as she went out with her girlfriends. On March 08 too, SRK-Gauri’s baby doll had posted a decked-up image of herself with a friend. 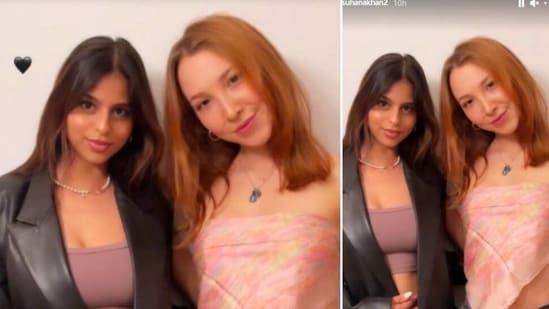 The newest image shared by Suhana showcases her putting on black leather pants with a toning tee. She kept her make-up minimal as she hanged out and posed for the pics with her two besties.

Suhana is studying filmmaking in a college based in the city of New York. She always managed to take some time out for friends in between her studies. Suhana did her schooling at Mumbai’s Dhirubhai Ambani International School and then became part of the high school at Ardingly College in England. 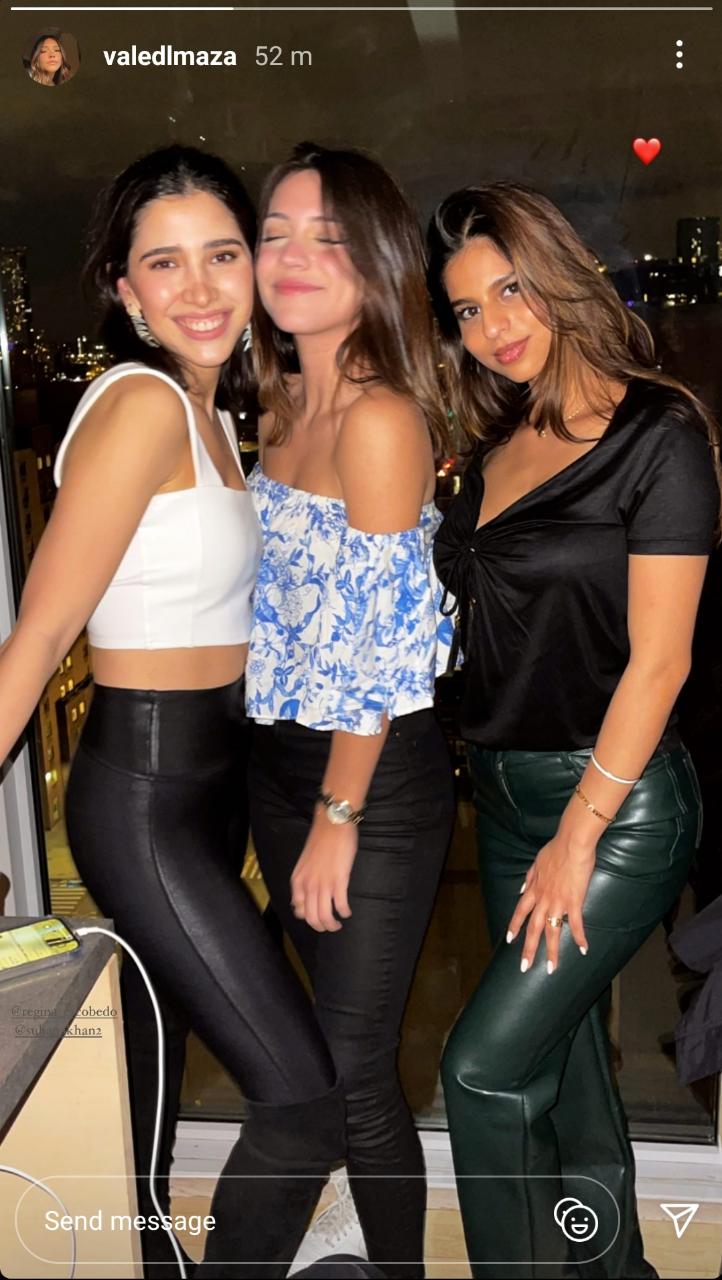 As a star kid, there have been countless tales about SRK’s daughter entering Bollywood like her father. While talking on the same, her BFF, actor Ananya Panday had stated: “I think she wants to finish her education and make the most of that and then whenever she wants to she will come back and act. She is really, really talented and I can’t just wait.”

SRK too always stated that he wanted his children to finish their education before starting any profession. Once he had told media people, “Suhana should learn acting for another three to four years if she wants to be an actor. I know many of my industry friends feel my kids should start acting tomorrow. But it’s my belief that they shouldn’t start acting yet.”

Suhana has also worked in a short film called The Grey Part of Blue. The film showcased her matchless acting abilities. She is also a big social media buff as she loves to post pics and videos on her Instagram handle to please the long list of fans.