Tara Sutaria and Sidhart Malhotra Spotted Headed Towards Dance Rehearsals For Their Film Marjaavaan, on a Rainy Day 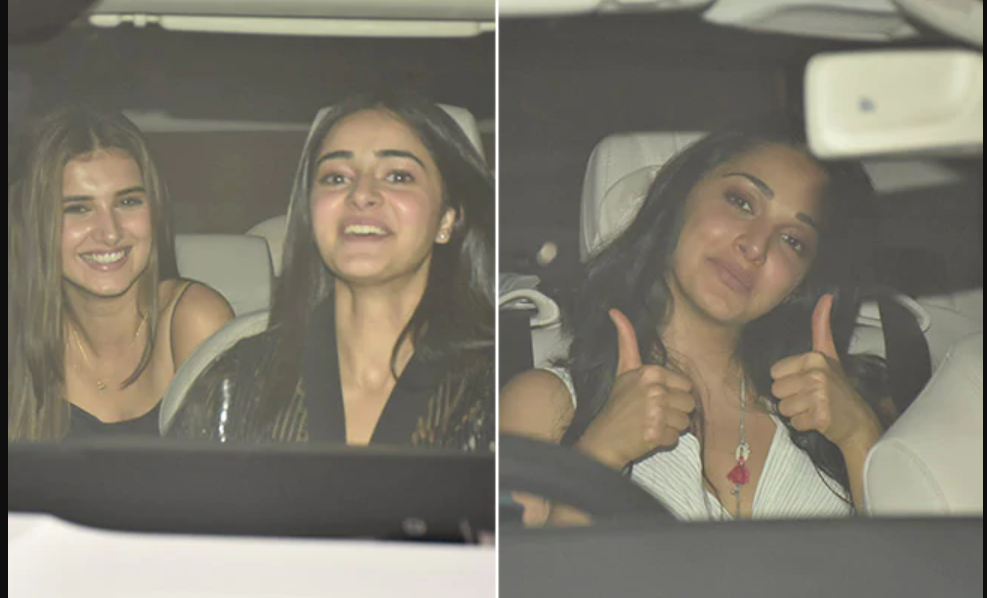 Bollywood has been abuzz with rumours about the relationship of Tara Sutaria and Sidharth Malhotra. The duo has been known to hang out together, and Ananya Panday spilt the beans that Tara actually likes Sidharth, on Karan Johar’s show Koffee with Karan.

Although both of them have gone on record to clarify that they are just friends or say ‘friendly neighbours’ staying in the same building but the gossip about their proximity towards each other refuses to die down. Well, perhaps their link-up rumours will work wonders for their first film together, Marjaavaan that’s due to release in October considering they will be spending more time and more appearances together, now that they are co-stars.

Recently, both Sidharth and Tara were spotted stepping out for dance rehearsals in a studio in Mumbai, on a rainy evening. First Sidharth made his way to the car after striking a pose or two for the paps. Soon Tara followed and left her way; both looking at their casual best.

Earlier today, Tara was also spotted at Milan Lutharia’s office for a script reading session with Ahaan Shetty in company. Interestingly, much before rumours of Tara and Sidharth, it was Ahaan who was linked to Tara and was said to be in a really serious relationship with her.

Talking about Tara and Sidharth’s film Marjaavaan, the film also stars Riteish Deshmukh, Rakul Preet Singh and is touted to be an out and out action drama. Just this morning, Nushrat Bharucha too was announced to be a part of the film through a special number. The makers had also released a still of Nushrat from the song featuring Sidharth Malhotra.

Nushrat Bharucha comes on board for a song in #Marjaavaan… The song, composed and rendered by Yo Yo Honey Singh, was filmed on Sidharth Malhotra and Nushrat… Costars Riteish Deshmukh, Rakul Preet Singh and Tara Sutaria… Directed by Milap Milan Zaveri… 2 Oct 2019 release. pic.twitter.com/gcfg5jCvJr

Directed by Milan Lutharia, Marjaavaan is all set to hit the screens on October 2, 2019.