The LOVEY-DOVEY couple of the B-town Sonam K Ahuja and her husband Anand S Ahuja, took the media again blazing. A match made in heaven, Sonam and Anand recently shared pictures on their social media accounts. The duo is setting perfect examples for other lovers, as their love is immensely coming out of the box. 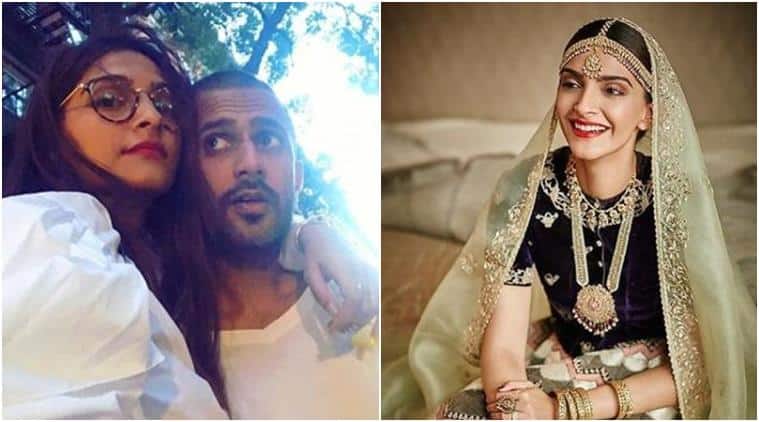 Both of them decided to tie the knot in May this year, well we just can’t forget that special day of them as the pictures of their wedding hit the internet amazingly.

And today as its the National Boyfriend Day, the duo posted some of their TBT pictures on their social accounts and again the internet is going mad on them…Her caption is really sweet enough to make smiling, It read, “Happy #nationalboyfriendday to @anandahuja who used to be the best boyfriend and that’s why got promoted to fiancé and then husband. Love you forever and ever. #throwbackthursday #everydayphenomenal.”

Nevertheless, the couple undoubtedly is the most adorable couple of the B-town and we just keep our eyes stick on them with every picture of them coming out on the Social Media platform.

Along with this, a recent video of Sonam was surfacing on the internet where it seemed like she is on a video call with her husband Anand.

On the work front, Sonam will be next seen in the movie Ek Ladki ko Dekha To Aisa Laga  along with her father Anil Kapoor joined up by Raj Kumar Rao and the movie is directed by Shelly Chopra Dhar and produced by Raj Kumar Hirani and Vindhu Vinod Chopra and will hit the theaters on 1st February 2019.

For more news on Bollywood stay glued only at Laughing Colours.